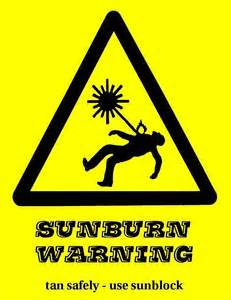 It was too hot to do anything else but sit under a tree and wonder about things.

I forget how old I was, maybe eight or nine years old, and my friend and I were curious about the saying “it’s so hot outside you can fry an egg.”

I had heard her dad say that one time and it had struck me funny to picture an egg frying outside in the middle of the street. So being bored kids on a hot summer day where the sun stopped high above and cooked everything under it, we ran in the house, got an egg and cracked it open.

The egg spilled onto the sidewalk. Forgetting about the hot sun on our backs, we intently watched the egg. Sure enough, the egg stayed as it was, a gooey blob on the sidewalk. But after a long while, we saw the translucent parts start to turn white. And while we debated whether to make it scrambled eggs with our sticks, the neighbor’s dog darted out from under a bush, licked up our experiment and took off.

A chase ensued, with sticks and rocks spewing forth, laughter and barking all around. Soon we tired, landing sprawled under the tree thinking whether we should get another egg or not. But it wasn’t until the next day that I suddenly thought of the egg again cooking under that super hot sun, my mother spraying Bactine all over my own “cooked” skin.

For us kids, the beginning of summer was always synonymous with sunburns. But sunburns weren’t the only burns I sported throughout my life. I remember burns from spilling hot water on myself, burns from touching a hot stove and burns from a firecracker gone awry.

While I’ve been lucky enough to never have received burns from steam, radiation, electricity or chemicals or third degree burns all over my body, the simple burns I have received had been enough for me.

The skin turns red, gets sensitive to the touch, blisters bubble up and are extremely annoying when trying to get dressed.

For the minor burns such as too much sun or careless cooking, where the first layer or two of skin is affected, there are four favorite natural remedies to always have at hand.

A plant that is easily grown at home in a pot and requires little care, the wonderful succulent called aloe vera is the top of the list.

Though the bottled version can be found in most any market, it is usually filled with preservatives and has gone through numerous processing that there is not much of the real thing left.

I prefer using a real leaf from a real plant for the purest application and getting the most of its healing power. Just cut a piece off, split it open and immediately coat the burn with its gel. The meatier part of the aloe can be scooped out and mashed and put over the burn too. Its soothing coolness with its ability to heal burns is well known.

To accelerate healing and the growth of new skin, apply a dilution of calendula tincture or a calendula cream to the burn. Calendula or pot marigold as it is sometimes called has anti-inflammatory, antiviral and antibacterial results.

Another wonderful remedy is provided by our buzzy little friends that live in lush honey-combed hives. The humble bee gives us honey, but the most powerful of all is Manuka honey from New Zealand where its medicinal property is well known for wound healing. Get a UMF rating of 10+ or higher for best antibacterial activity and slather it on the burn. As always, raw and un-pasteurized is best. Eating the honey also boosts the immune system to facilitate healing.

And for the all around burn and wound healer, Lavender essential oil is also another natural remedy for burns and one of my personal favorites. Add it to the aloe gel or calendula ointment or apply it neat (undiluted) to the burn.

For wider coverage areas of the body as so happens with a sunburn, place several drops in a mister filled with water and spray all over to cool and help heal the burn.

Gina Dostler can be reached at [email protected]