Often, dads get a bad rap. Or more precisely, they often get no rap at all.

When we think of rearing children, we most often call to mind a soft picture of a mother with a sleeping infant on her shoulder, or a comic of a harried woman with destruction cycloning around her feet, in the form of her offspring.

In reality, of course, it takes two to tango, and there are plenty of fathers out there earning their stripes right alongside their maternal counterparts. As we give a nod – and a new tie – to all the dads out there this month, I have compiled a list of some of my favorite literary father figures.

If you haven’t already made their acquaintance, then allow me to suggest one of these fine fellows for your Father’s Day reading pleasure. 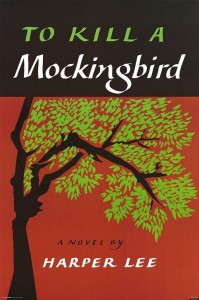 Atticus Finch from “To Kill a Mockingbird,” by Harper Lee. Ok, this one is pretty much a given. If you look up “good dad” in the dictionary, I’m fairly certain you’ll find a photo of Atticus. Raising his children, Jem and Scout, as a single father during a time when children were definitely a woman’s responsibility, Atticus never shirked from his duty. Instead, he raised them with a strong sense of self, and an even stronger moral compass. He taught them it was OK to be different, and showed through his actions the importance of standing up for what’s right, even when that proves to be difficult or dangerous. *SPOILER ALERT* re-acquainting yourself with “To Kill a Mockingbird” will be excellent preparation for July’s book club selection. 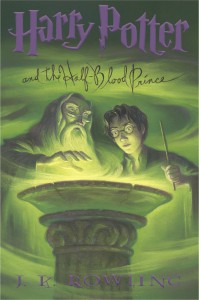 Arthur Weasley from the “Harry Potter” series by J.K. Rowling. It is no secret that these books hold a special place in my heart, but their pages are also filled up with a plethora of fantastic father figures. Arthur, patriarch of the plentiful band of redheaded Weasleys, is a slightly bumbling, but loveable father, enamored of all things Muggle (Percolators, Telephones, and Teapots – oh my!) Despite his goofy clumsiness in certain situations, Arthur deeply loves each of his seven children, as well as Harry, whom they embrace as one of their own. Fiercely protective of his family, Arthur also positively adores his wife, Molly, giving his brood a loving, supportive, and united foundation to draw strength from when times get tough.

In addition to Arthur, Rowling gave us both Dumbledore and Sirius Black, two stand-in fathers who take up the slack, in their own way, after Harry loses his own father. Both men offer their unique brand of wisdom to Harry, and are instrumental in shaping the stand-up wizard he will become. 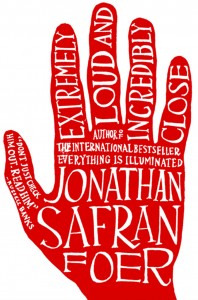 Thomas Schell, from “Extremely Loud and Incredibly Close,” by Jonathan Safran Foer. An interesting choice, in that he dies before the start of the novel, through his son’s remembrances, it is still clear that Thomas was a stellar father. He taught his son to love the things he loved, such as the Beatles, and constructed for him elaborate scavenger hunts that had him follow clues around the city to discover what his father had left for him. Oskar is not your typical kid, yet it seems that his father not only “got him,” he embraced and celebrated his uniqueness. In the huge void left after his death in the Twin Towers, we can feel what sort of father he must have been. Note: If your only experience with this story is the 2011 movie by the same name, please do yourself a favor and read the book, as it is exceptional.

While these very different men only scratch the surface of the would-be list of great fathers, they all share one quality: they truly loved those in their care.

So, this is for all you dads out there, as well as all the uncles, step-dads, and stand-ins, who have proudly worn your macaroni ties, patiently sat through dance recitals and endless innings of tee ball, and most importantly, loved us anyway, regardless of what our “anyway” was.

If you were lucky enough to have had a father, either by biology or good fortune, who gave you a great foundation to build your story on, don’t forget to let him know – I hear they love that stuff.