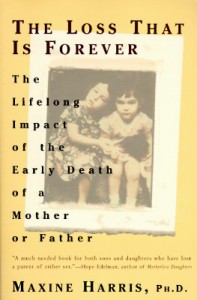 This week, I drove a car full of teenage boys to a funeral. Thankfully, it was not for one of their peers, but the loss was equally tragic and unfair: one of my oldest son’s football teammates lost his mother last week to cancer.

In a show of support, a couple of football moms and a few of the boys attended the funeral mass of a woman whose life was lost much too soon. While I never met her, as she has been ill the whole time our boys have known each other, through my association with her husband and son, I know she must have been a fantastic lady.

I first met the Gozon family when sharing snack bar duty with dad. Humble and warm, with a great, positive attitude, I never would have guessed as to the struggle the family was going through as their mother lived out her last days.

By all accounts, their son is hard-working and humble himself, persevering even when the cards didn’t get dealt his way. I can’t help but believe that these were traits learned at her side.

Thinking about the way that tragedies like these seem to strike families so arbitrarily has me considering my own mortality. This woman was two years younger than I am. Her children, like mine, were not yet raised. Her work here was not yet done. Still, cancer drew her number as if in some sort of twisted bingo game, and suddenly, this became her reality.

I too lost my mother far sooner than I should have. I know what it is like to have life forever divided into those two periods: before mom died, and after. I know what it is to have that stab to the heart at each of life’s milestones, when you know in your gut that someone is missing. But, I also know that, with time, the pain becomes less sharp, and you learn to find a fullness of joy again.

If I could sit down with this boy and have a heart-to-heart, I would tell him that while cancer may have taken his mother, it most certainly did not define her.

Her legacy will not be that of a cancer victim. She will be remembered as a loving wife and mother, and her legacy will be written by the boys she left behind.

As her sons grow into the upstanding young men I’m sure they will be, each achievement they make will be hers. Each good and beautiful thing they do will be as if through her hands. In the not so distant future, as they look into their own children’s eyes, that swelling of love they feel will be the love they learned from her.

These things I know.

For those who are struggling with the loss of a parent, and would benefit from the shared words of others who have been there, I recommend “The Loss That is Forever:  The Lifelong Impact of the Early Death of a Mother or Father” by Maxine Harris.

In this collection of personal accounts, more than 60 men and women, including such notable individuals as C.S. Lewis, and Eleanor Roosevelt, share their stories, and the impact such a loss had on their lives.

One reviewer said, “The death of a parent makes a hole that lasts forever. Now, that hole isn’t dark and deep forever. It isn’t a huge pit you fall into and can’t get out of, though at times it might feel like that. Instead, it is a loss, or an absence, that is always there, sometimes small, sometimes large.”

Although the loss will always be felt, here’s to hoping the hole in this family will be filled up with love.

A ‘Dream’ of a Musical Production at Laguna Playhouse