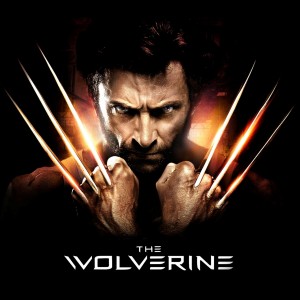 This is the first in a series of occasional movie reviews at local theaters. As often as we can, we’ll sneak out, catch a flick and tell you (okay–advise you) whether it’s worth your money or not.

So what gives me the ability to be a movie reviewer? I have been a movie-holic for more than 50 years, and have seen who knows how many thousands of movies–some good, some really bad, and some forgettable.

For me, I look at movies with the following in mind:

1) Is it well written? A great script with an unknown cast will usually triumph.

2) Is it well acted and produced? Again, big stars and big directors do not a great movie make, as Yoda would say.

3) “It is believable? Is the plot credible, do people act like they should? I love my sci-fi and fantasy so I can excuse impossible or improbably science, but I have a harder time with people doing things out of their character on the screen.

4) Is it worth the money to see it? I can get bargain or matinee prices, but feel cheated if the movie is crappy.

As I’m newly moved back into Newport, I wanted to focus on the theater experience itself as well as the movie, so I went to the Port Theater in Corona del Mar.

Newly remodeled about a year ago after being shuttered for 14 years, they have put a lot of money, time and passion in creating not just a movie house, but a movie experience. Seats as plush as you’ll find in your living room, plus a full bar and food, help make this a “destination” movie-going experience. Gotta’ love that.

I’ll share more about the theater and amenities, and reasons why you need to check it out in future columns, but as they say in Holly-weird: It’s Showtime!

Now playing at The Port is “The Wolverine,” the newest Marvel comic to make it to the big screen. It features a ripped and cut Hugh Jackman recreating his iconic Wolverine character.

Being a bit off center myself, I really like the World of Marvel, with the dark, brooding, troubled Superheroes: Spiderman, Batman (not Marvel, I know), Ironman and the rest of his messed up Avengers, all are more typical of real world people with real world problems, only accelerated by radiation, experiments gone amuck, excessive engineering and tinkering.

“Wolverine” opens at the end of World War II. Wolverine (aka Logan) is being held captive in a deep well-type bunker in Nagasaki, Japan, for what reason we are never told. His timing could be better, as he is at Ground Zero when the A-bomb is dropped there, which allows for a stunning visual effect as the bomb blast rolls outward. He saves one of the Japanese prison guards, Yashida, and sixty years later Yashida is one of the wealthiest men in Japan–who everyone wants to see dead.

There are so many samurai and martial arts fights that I lost count, but the real tale is Logan’s mortality. As someone that has been alive for at least 100 years, is he ready to die, to face his mortality? Mr Yashida decides that he will “take” Wolverine’s life-energy and allow him to die.

At more than two  hours in length, the film has too many fights and contrived plots, including a mutant, Viper, that is impervious to poisons and is really the bad guy. Family politics and back-stabbing abound as the personal agendas of each generation tries to win control of the money.

I did some research, and from the Wolverine die-hards, they liked this movie since it is true to the Comic Book history. As a stand-alone movie it is mediocre, but as a continuation of the Wolverine series, it provides enough back story to keep our curiosity engaged.

For more information on Port Theater and “Wolverine,” including show times, visit PortNewport.com or call (949) 723-6333.