A minivan was pushed off the ferry and into Newport Harbor Friday morning, officials reported. All four people inside the vehicle were uninjured.

Firefighters received a call about a vehicle in the bay and another partially hanging off the ferry at about 9 a.m., said Newport Beach Fire Department spokeswoman Jennifer Schulz. The incident occurred as cars were loading onto the ferry from Balboa Island.

The accelerator apparently got stuck on a Mercedes that was second in line, Schulz said, and it pushed the minivan in front of it off the edge and into the water.

A family of four from Taiwan, two children reportedly ages 4 and 6 and their parents, were inside the minivan when it plunged into the bay. The vehicle floated for several minutes, witnesses said, just enough time for a nearby boat to pull up beside the minivan and rescue the family.

“They didn’t even get wet,” Schulz said, they were rescued from the vehicle before it went underwater. The woman in the Mercedes safely evacuated her car as well, Schulz added.

The ferry driver jumped in the water to help, Schulz said, but the family had already been pulled onto the boat. Firefighters went into the water and ensured that there were no other victims. Lifeguards also arrived on scene to assist.

The boat took the family ashore and firefighters looked over everyone involved. No injuries were reported.

Divers located the submerged vehicle and Orange County Sheriff’s Department and the Coast Guard joined in to pull it out of the water around 1 p.m. with assistance from a private marine salvage company. 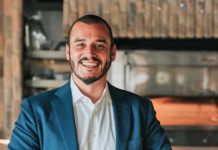