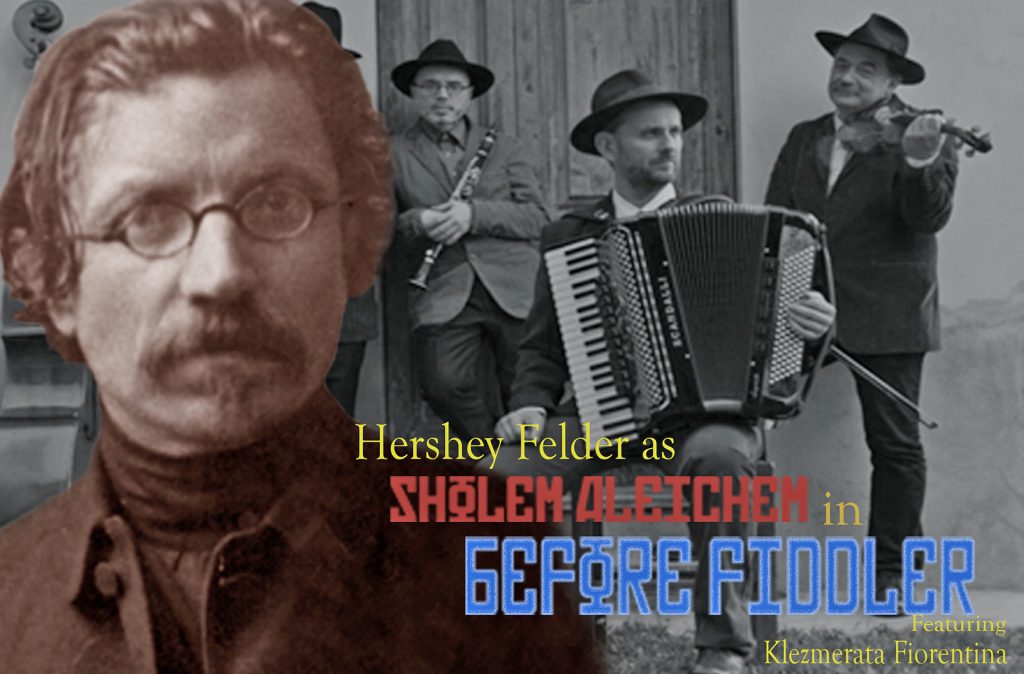 Laguna Playhouse has presented all of those shows over the past 10 years, and last year presented encore “one-night-only” live-streamed productions of several of Felder’s shows to benefit Laguna Playhouse and other theaters around the country.

Now, Felder returns with another solo star turn: the world premiere of Hershey Felder as Sholem Aleichem in “Before Fiddler – Live From Florence” featuring Klezmerata Fiorentina.

The concept: before the famous musical “Fiddler on the Roof” was written, there was  Sholem Aleichem, a Yiddish author and playwright whose stories became the basis of “Fiddler on the Roof.” He became a central figure in Yiddish literature and was known as the “Jewish Mark Twain” for his similar writing styles and pen name usage.

Before the world became familiar with the songs “Tradition,” “If I Were a Rich Man,” and “Matchmaker,” there was music of the old world when musicians spoke in song through Klezmer.

Filmed on location where events actually took place, “Before Fiddler” features the memorable stories and characters of Sholem Aleichem, with Hershey Felder as the storyteller.

According to information from The Laguna Playhouse, in Florence, Italy, a group of musicians have been virtuosos in Florence’s famous Maggio Musicale symphony by day, and then become the Klezmerata Fiorentina by night. They provide musical accompaniment in “Before Fiddler.”

This world premiere presentation will be streamed live on Sunday, February 7 at 5 p.m. and will also be available as a recording until 11:59 p.m. on February 14. Tickets are $55 per household and are available for purchase at www.lagunaplayhouse.com.