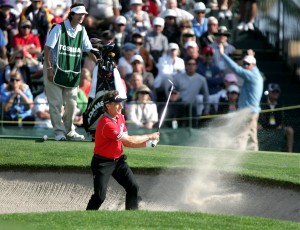 Some of the most notable names in the world of golf are set to tee off this week at the 19th Toshiba Classic, held at the Newport Beach Country Club March 11 – 17.

The tournament week schedule includes Pro-Am rounds Monday through Thursday (with each foursome  paired with a Champions Tour professional), followed by the Toshiba Classic rounds Friday through Sunday.

One of the highlights of the week is the annual Breakfast with a Champion, presented by the Allergan Corporation and set for Tuesday morning at Newport Beach Marriott Hotel & Spa. Keynote speaker Steve Elkington, a Toshiba Classic rookie and 17-time professional winner, will share stories and anecdotes from nearly 30 years on the professional golf circuit.

During the breakfast, two top Orange County students will be awarded with a $10,000 scholarship from the Toshiba Classic Scholarship Fund, one of the Classic’s charitable arms comprised of Hoag Hospital Foundation and Toshiba America, Inc. Two students from Newport Beach are among the finalists: Ryon Sabouni of Corona del Mar High School, and Brian Morales of Newport Harbor High School.

The Toshiba Classic has set the standard for competitive play and charitable giving on the Champions Tour, and boasts one of the tour’s largest galleries thanks to Newport 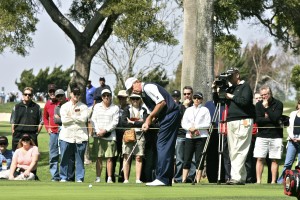 The Toshiba Classic’s lead charity and operator is Hoag Hospital Foundation. The 2013 tournament will benefit the Mary and Dick Allen Diabetes Center at Hoag for the third consecutive year. The Toshiba Classic has generated more than $15 million for charity in the last 15 years, the most on the Champions Tour. Hoag Hospital Foundation also received the inaugural PGA Champions Tour Charity of the Year Award in 1998.