The city of Newport Beach celebrated its centennial in 2006, but that hasn’t stopped Balboa Island from commemorating its own centennial, which it did Sunday with a plaque dedication ceremony, the unveiling of a centennial sculpture and mural, and a block party on Marine Avenue. 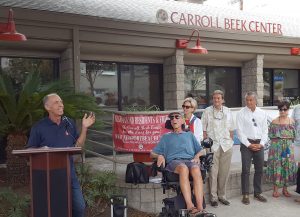 Ed Selich, whose term as a Newport Beach Councilman representing Balboa Island ends this year, offered a brief history of Balboa Island and the qualities he felt made the island a unique place to live.

Selich explained that in 1905, William Collins began dredging the island and piled sand and silt on low lying areas, and out of that Balboa Island emerged.

“It’s too bad he didn’t pile up another foot or two, we wouldn’t have to worry about capping the seawalls,” joked Selich.

Lots on Balboa Island began selling for $300 for an inside lot and $600 to $700 for a waterfront lot, but by 1916 many lots were abandoned due to lack of improvements.

“The only foreseeable way to save the Island was for it to be annexed to the city of Newport Beach, and that sets the 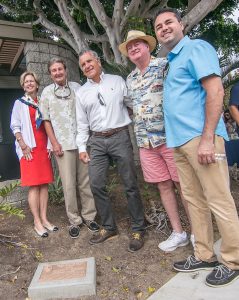 In 1918, the Balboa Island Improvement Association was formed, which Selich said was the start of the city’s relationship with the island, and it’s remained strong after all these years.

“By the 1920s, things were looking up and over time property values began to rise,” Selich told the crowd. “More homes were built, and after World War II the Island began to transition from vacation homes to a place people lived year around. What once was a place people walked away from is now a place that people want to be. The island is known for its strong sense of community pride. Generations of families have remained here. Ask a resident where they are from, and they answer Balboa Island, not Newport Beach. Neighbors know their neighbors – no secrets on Balboa Island.” 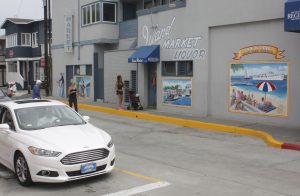 “With all the talk of sea level rise, some say the island will be under water,” said Selich. “Some predictions put the sea level some four feet above the current level at high tide. I’ve often wondered how Balboa Island would deal with that.”

One solution, said Selich, is to do what Sacramento did 150 years ago when the Sacramento River began rise: Add four feet to all the streets, make the first floor of homes and businesses the basement, and make the second floor the first floor.

“Will future resident be standing four feet higher?” wondered Selich. “It’s fun to speculate, but in any event, the next 100 years for Balboa Island will be as wonderful as the first 100, and it will continue to be one of the premier residential areas in the United States. It’s been an honor to serve as hour councilman. It’s been quite a ride – thanks for the memories.” 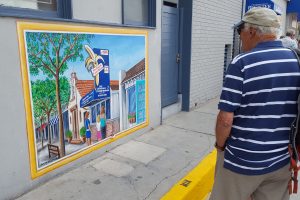 and former Newport Beach Citizen of the Year. Pearl said that he and Rodheim were partners on the centennial mural project that was painted on the exterior wall of the Island Market next to the car ferry.

“It started as a small square area of the wall, but Ralph doesn’t do anything small,” said Pearl. “It has grown into what it is today.”

After unveiling a plaque next to the Beek Center commemorating the centennial, the crowd of about 100 people strolled along South Bayfront to Turquoise Street for the unveiling of the centennial sculpture, “Sunset Years,” by artists Miriam Baker (a resident of Balboa Island) and Rhonda Jones. 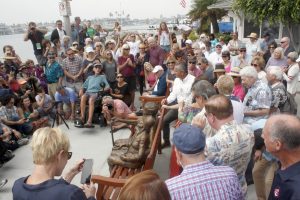 The sculpture is of an elderly couple relaxing on a bench that looks out to Newport Harbor. Baker saw the couple sitting on the bench several years ago and asked if they’d pose for a sculpture, which they did.

Later that afternoon, the 200 block of Marine Avenue was closed off for a giant block party that featured carnival rides and games, face painters, the NB Fire Department grilling hot dogs from their BBQ trailer, food from local restaurants, live music by the Dave Stephens Band, and a beer and wine garden managed by the Village inn. 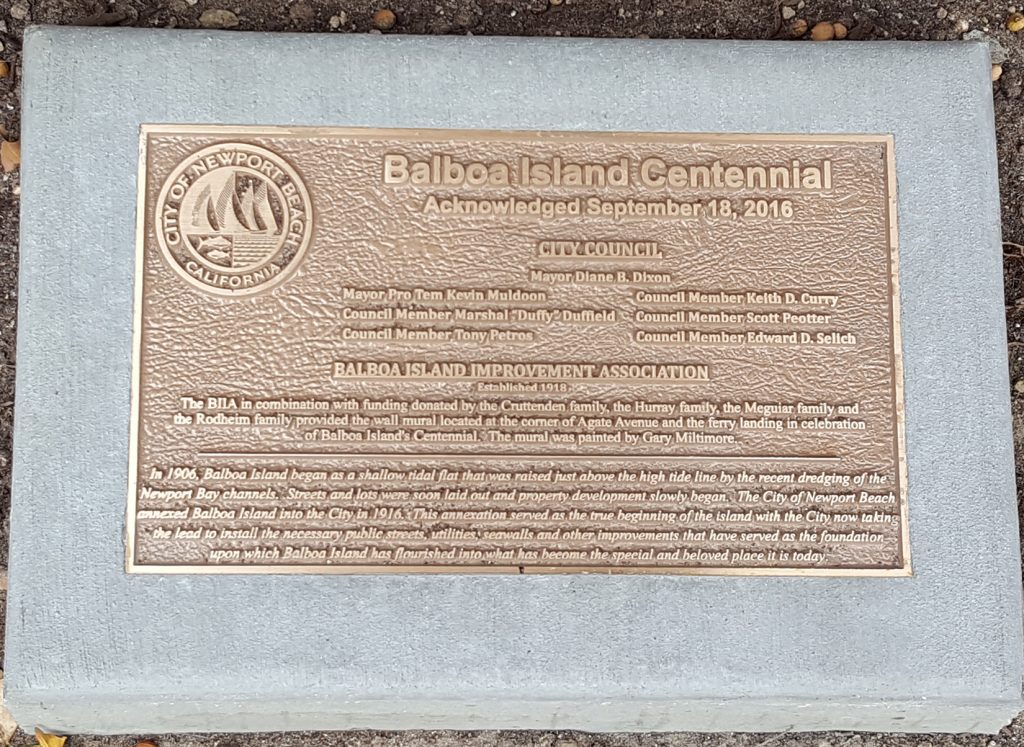