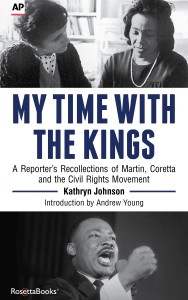 This weekend, millions of Americans will enjoy an extra day off. There will be traffic on the ski slopes, movie theater popcorn poppers will crank out endless batches of the buttery treat, and countless working stiffs will lounge around the house, enjoying the rare Monday without a time clock.

Many won’t pause to consider the reason for their good fortune, but rather just enjoy a moment’s relaxation, amid the usual daily runaround.

In actuality, however, it is a day created to honor one of America’s fallen heroes in the war for equality and freedom, Dr. Martin Luther King, Jr.

Dr. King, like so many others whose lives ended far earlier than they should have, has essentially become canonized over the years. That is to say, we have made a saint out of an ordinary man, who despite having accomplished extraordinary things, was essentially like each of us: human, flawed, and more complex than his public persona may have suggested.

While his lofty position is, without doubt, much deserved, in order to truly understand the

greatness of a man like Dr. King, we need to be able to gaze on him warts and all. In having a broader perspective, we can more fully appreciate his struggle with those

personal demons he fought, and the desolate ion he faced when, at times, even his inner circle seemed to be losing faith.

As each of us hopefully takes a moment to reflect upon King’s message this weekend, it would be a great time to choose one of the many excellent books 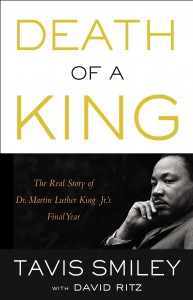 his life inspired, and allow it to spark a discussion in our homes.

The following are three just released titles that can get the whole family involved. Whether you can spare a single hour, or plan to make a weekend of it, any time spent pondering the life’s work of Dr. King will not be time wasted.

“I Am Martin Luther King Jr.,” by Brad Meltzer. Part of the “Ordinary People Change the

World” series, this book encourages the thought that each of us can be heroes, and that even normal, everyday people can change the world. Targeted for readers ages 5 – 8, it begins with Martin as a child, and shows how his experiences as a person of color made him want to grow up a make a difference.

Included in the back of the book are a timeline of King’s life, several actual photos, and age appropriate recommendations for further reading.

“My Time With the Kings: A Reporter’s Recollection of Martin, Coretta, and the Civil

Rights Movement,” by Kathryn Johnson. Johnson, a reporter for the Associated Press’s

Atlanta Bureau, had intimate access to the King family in the days after Martin’s assassination. 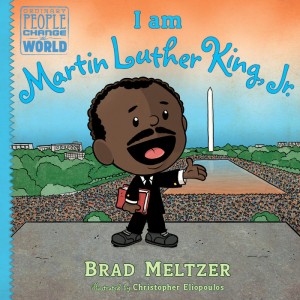 Having covered the Civil Rights movement, she had marched from Selma to Montgomery, and had earned, with the King family, the reputation as one who could be trusted.

When she heard the news about King’s death, she had been on her way to see a movie, but immediately changed course and drove to the King family home. Despite the strong presence of authorities guarding the home, Martin’s widow offered these three words, “Let Kathryn in,” making her the only reporter to be allowed inside. Here, she recounts her memories, not only of Martin and Coretta, but also of other defining moments she witnessed while reporting from the trenches.

Smiley. In this countdown of King’s final days, we see a comprehensive and more personal look at the “whole Martin.”

One reviewer described the book perfectly in saying: “In this book, you see Dr. Martin Luther King Jr. after the ‘I Have a Dream’ Speech. The Dr. King who had to battle people questioning his moves against the Vietnam War, questioning the efficacy of nonviolence, and people questioning whether (he) really could bring about the ‘Dream’ he so believed in.

Yet, you also get to the see the other side of Dr. Martin Luther King Jr. that is rarely discussed. You see the Dr. King, who likes to joke, is worried about his duties as a father, listens to Aretha Franklin, and is trying to keep his struggling nonprofit together. You’ll see the depressed side, the personally morally conflicted side, the angry side, the tired side, and more.

After seeing so many frozen images of Dr. Martin Luther King. Jr. as a civil rights activist, this was the first book I read that treated him as a human.”