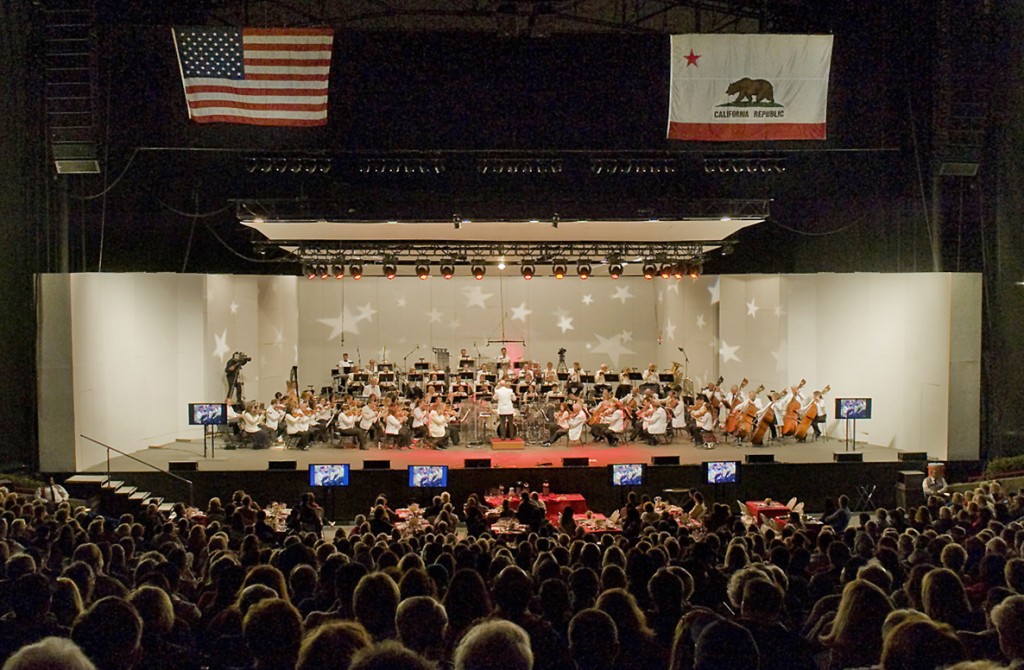 “You & Me & the Bottle Makes Three Tonight” is an apt anthem for the July 4 kick-off to Pacific Symphony’s Summer Festival 2014 at Verizon Wireless Amphitheater.

That song and several others helped the group Big Bad Voodoo Daddy rise to stardom when they appeared on the soundtrack of the hit 1996 film “Swingers,” and the ensemble has been popular ever since. They’ll bring their energized Big Band style to the wine-friendly, picnic-party haven of Verizon Wireless Amphitheater this Friday night for a show that – no surprise – could have everyone dancing in the aisles by the fireworks finale.

For me, the Symphony’s annual concerts have always been one of the most enjoyable ways to spend our gorgeous summer evenings here in the O.C., and I know many who’ll agree. Pairing al fresco dining (don’t forget the champagne and desserts) in the Amphitheater’s ample grounds with a wide-ranging array of excellent music under the stars, Pacific Symphony creates unforgettable memories every time.

This year promises to be no exception, beginning with an Independence Day program saluting American heroes, including General George Patton, the men who fought the battle of Midway during WWII, and all our Armed Forces today, with orchestral selections such as John Williams’ poignant score from ‘Saving Private Ryan,’ as well as celebrating the birth of the USA with an exciting fireworks show set to classic patriotic songs. 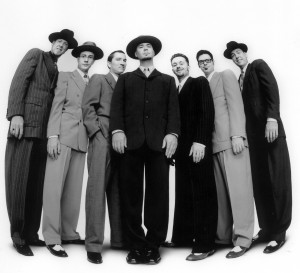 And then there’s Big Bad Voodoo Daddy, who sparked a swing revival in the 90s and of whom The Charleston Gazette has said: “The eight-piece outfit conjured up the ghosts of old-time gin joints, down the stairs Speakeasies and hot Harlem night clubs where the air was filled with music and the dance floor never got cold.”

They’ll be sharing the stage with the full symphony orchestra led by Principal Pops Conductor Richard Kaufman, and setting off some fireworks of their own with tunes from their multi-platinum albums.

Honoring Americana continues on July 20 when Pacific Symphony hits another pitch-perfect vintage note with “Gershwin Greats,” a jazzy evening of the legendary composer’s greatest works such as “An American in Paris,” “Rhapsody in Blue,” and selections from “Porgy and Bess.”

Also upcoming in the series on August 9 is Disney’s “Fantasia” Live in Concert, with the orchestra playing the soundtrack live while the movie is shown on a big screen.

Tickets to all concerts range from $25 (lawn seating) to $105 (orchestra seating); children under 14 are half price in most sections with the purchase of an adult ticket.

Guests are welcome to picnic on the grounds of the amphitheater starting at 6 p.m.