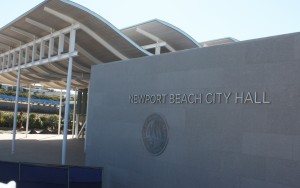 Last week the City Council Fathers, sitting high in their Taj-Ma-City-Hall seats, took the first step to enter into the development business for the old city hall site. The Fathers could be in the hotel business by the end of the year.

As the new Taj-Ma-City-Hall is gradually occupied this spring and the old city hall is vacated, the Fathers are looking ahead for the reuse of the Old City Hall site.

But let’s look back a little first to remind people how we got here.

City hall was relocated when the city discovered the old one was falling apart and needed major repairs to continue its use. The Fathers decided that it would be cheaper in the long run to replace City Hall rather than repair and update. The Fathers couldn’t make up their mind which route to take, so the residents got involved through Measure B.

Measure B was a citizen’s initiative that passed by voters by nearly 53% in February 2008, requiring the new city hall to be built on the city owned site near the library at Newport Center.

Nothing was required by voters as far as the design of the new Taj-Ma-City-Hall, or the cost. Nor were there any requirements in B regarding the disposition of the existing city hall.

These items were intentionally left out in order to give our elected city councilmembers the ability to direct those details.  As we elect them to do these things.

The Fathers recently put out a “Request for Proposals” to the development community. Apparently, based on the proposals presented at the council meeting last week, the Fathers are planning on developing the land that the old city hall is on as either a “Boutique Hotel” or as “Residential Mixed Use.” The Fathers are planning to lease the land to one of six developers that were selected based on their proposals for the land.  Three were selected for their “Boutique Hotel” proposals and three for their “Residential Mixed Use” proposals.

So the Fathers are thinking that if they keep the land, they can have this money coming in from lease revenues in “perpetuity.” The idea is that ongoing lease income is better than selling in today’s market where the City would get a one-time payment that might be reduced because of the Obama Depression. But the Fathers don’t seem to be stopping to ask whether the City should be in the development business at all.

By leasing the land to any developer for any use, they are, in effect, becoming partners in that project with the developer. If that project fails, then the city will either have to renegotiate (lower) the lease rate or go into the hotel business by taking over the project.

Why don’t the Fathers stay focused on the purpose for government? Did we establish our city government to own non-public-use land or compete in the real estate market against the private sector? If the Fathers wanted to buy this land in order to lease it to a developer, could they use eminent domain in order to do it? In fact the Fathers put an initiative before the voters in form of Measure W, in November of 2006, which prohibits the Fathers from taking property by eminent domain and selling it to another developer. So this is taking land that the City already owns and is leasing the property to another “favored” developer. The philosophy is the same; the Fathers just aren’t using eminent domain to accomplish it.

Now if the Fathers want to zone the property for the highest and best use and sell it to the highest bidder when the Obama Depression is over, to maximize return, that would be great. Or if the Fathers wanted to keep the property and build a parking structure to provide badly needed public parking for this area that would also be a reasonable use for public property. But partnering with a hotel developer doesn’t sound like good government to me.

Also, it seems to me that if the Fathers want to diminish the criticism of the costs of the new Taj-Ma-City-Hall… Getting the maximum the Fathers can for the old City Hall site to pay down the debt on the Taj-Ma-City-Hall would be a step in the right direction.

Any questions, feel free to contact me at [email protected].