Crystal Cove State Park visitors will see 7.5 acres of coastal sage scrub restored over the next decade, following the Orange County Board of Supervisors’ unanimous vote Tuesday to approve an agreement with the Irvine Ranch Conservancy.

OC Waste & Recycling will pay $750,000 to the IRC to manage the restoration in Crystal Cove as mitigation for the removal of 7.5 acres of coastal sage scrub from a former Huntington Beach landfill that will be used as a car storage lot. Coastal sage scrub is the habitat of the endangered gnatcatcher, but none were found on the property at 18111 Gothard St.

Surf City Auto Group, which operates Huntington Beach Chrysler Dodge Jeep Ram, plans to lease an 11-acre portion of the former landfill and store about 1,200 cars on the site, which is still owned and maintained by OC Waste & Recycling.

“The Irvine Ranch Conservancy is excited to partner with OC Waste & Recycling and Crystal Cove State Park to restore 7.5 acres of rare coastal bluff habitat along with 88-acres of buffer habitat area,” IRC President and CEO Michael O’Connell wrote in a statement. “IRC’s innovative approach to large-scale habitat restoration and working with partners to improve the natural resources at Crystal Cove will benefit both the people and wildlife of California.”

The IRC will develop an implementation plan with their partners and expects to begin work in the fall of 2020.

State officials argued that OC Waste & Recycling needed to do more to mitigate the removal of 8 acres of coastal sage scrub from Gothard landfill site because it’s home to sensitive nesting birds.

Environmental advocates, including Orange County Coastkeeper director Garry Brown, typically recommend that at least one acre should be restored for every acre of native habitat that is lost. Brown added that a lot of work has already been completed to return Crystal Cove to a more natural state.

Bob Borthwick, a member of the Laguna Greenbelt’s Board of Directors, said the organization welcomes any new efforts to restore coastal sage scrub in Crystal Cove. While the nonprofit works to preserve the ribbon of open space around Laguna Beach, it’s not participating in the new mitigation site. 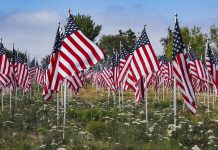