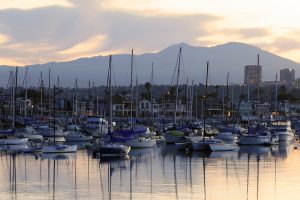 In a late night twist rarely seen during Newport Beach City Council meetings, council members reconsidered an item (related to harbor and mooring regulations) that had been approved earlier in the evening, then re-voted on the item and changed the outcome.

Mayor Kevin Muldoon originally pulled the item from the consent calendar on Tuesday night in order to amend the item, suggesting to keep the existing transfer rate in place at 50 percent of the annual mooring fee, rather than the staff and Harbor Commission recommendation of 75 percent.

Near the end of the meeting, Councilman Scott Peotter moved to reconsider the item.

Councilman Will O’Neill seconded the move, noting that he was interested in hearing Avery’s and Dixon’s rationale for their vote against it.

Peotter moved to approve the item as staff recommended at the 75 percent of the annual fee.

The increase is effectively similar to a tax increase, Muldoon argued. Keeping it lower is a way to make boating as affordable “as it can be” and more accessible, he added.

“I, for one, don’t believe in increasing taxes and fees in the city, especially a city as well-heeled as we are, for low-income boat access,” Muldoon said.

The other council members eventually agreed to the transfer fee rate of 75 percent of the annual fee and voted 6-1 (with Muldoon dissenting).

Before arriving at that rate, there was a lot of thought from a subcommittee and audience participation at the Harbor Commission meetings, Avery explained.

“We also had a lot of input from the mooring permittees and the Newport Mooring Association at the time,” he pointed point.

The number moved back and forth, he said, but the 75 percent was the figure that they ultimately settled on. The majority of people involved seemed to feel it was a fair conclusion, he added.

At the Feb. 8 Harbor Commission meeting, commissioners discussed and decided on their final revisions for mooring permits. The hot topic of the night was the transfer fee.

The majority of audience members and commissioners agreed the transfer fee should be a percentage of the annual mooring fee, although there was some disagreement on what that percentage should be.

Vice Chair Joe Stapleton, who was the lone dissenting vote, thought the transfer fee should be 100 percent of the annual fee, where it was previously. It would to help pay to monitor and implement the changes, while still being a reasonable rate, he noted.

Others suggested the rate be set at 50 percent.

The suggestion of 100 percent of the annual fee for the transfer fee is “a little bit steep,” Commissioner Duncan McIntosh said.

Ultimately, Commissioner Doug West suggested an amount in between at 75 percent and a majority of his fellow commissioners agreed.

“That’s a compromise,” said West, who made the motion. Several audience members nodded their heads in agreement.

The crowd applauded after the decision.

“We’re optimistic that the City Council will accept the recommendations,” said Bill Moses, a member of the board of directors for the Newport Mooring Association.

The comments from commissioners and residents at the meeting “make a lot of sense” said Carter Ford, another NMA director.

The option the City Council had previously directed staff to incorporate was to set the mooring transfer fee at 10 percent of fair market value. This presented a number of challenges, both residents and commissioners agreed.

It would be nearly impossible to determine and track, and is very subjective, both commissioners and mooring permittees explained. It could substantially change depending on the number available, season, year, and economy, among other factors.

Other changes approved include: Centralized online location for posting sold moorings; abolishing the wait list; unlimited transfers between private parties with a maximum of one transfer per year; no fee for a mooring transfer between family or a trust; and, going forward, setting the maximum number of moorings allowed for a single individual at two.

The ordinance is not quite ready and needs a bit more work, resident Jim Mosher noted.

Several people interested in the item who were in the audience earlier in the night had already left, Mosher pointed out.

Muldoon noted that any members of the public interested in the issue can speak during the second reading, which will likely be during the April 11 meeting.