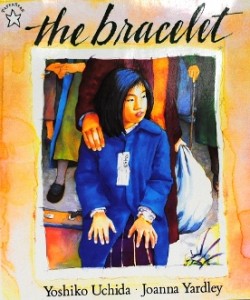 Best of 2014 lists are everywhere you look, for every conceivable topic.

The best restaurants, travel deals, and viral videos have all been catalogued, along with the most scintillating, touching, and heartbreaking stories to hit the news.

So, as we reminisce about all of the highlights (and lowlights) of the last twelve months, the Crabtrees have entered the fray with our own year-end list.

I asked each member of my family to share the title of their favorite book of the past year.  I offer, for your reading pleasure, The Crabtree Family Book Favorites, 2014 Edition:

Dad’s favorite: “The Bracelet,” by Yoshiko Uchida. Set during the evacuation of Japanese-Americans to internment camps, this children’s book tells the story of a special friendship. When Emi’s family is being sent away, her best friend gives her a bracelet to remember her by. After losing the bracelet, Emi learns that it is not material possessions, or geographic locations that provide the sense of love we feel with family and friends, but rather the warm memories, and heartfelt feelings we carry with us wherever we go.

Universal in it’s story of friendship, the book also introduces the topic of the Japanese relocation, and includes an afterword sharing historical 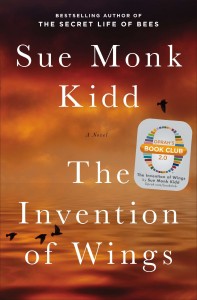 facts surrounding this period in out history.

Mom’s favorite:  “The Invention of Wings,” by Sue Monk Kidd. Previously detailed in this column, this dually narrated tale remains my favorite of the year. Inspired by real-life historical figure and abolitionist, Sarah Grimke, this book tells the story of Sarah, and Handful, the slave given to her as a gift on her 11th birthday.  Each chapter rotates narrators, changing in turn between Sarah and Handful, and allowing readers to see both of their stories.

The women, both chafing under the ties that bind them, one as a slave, and the other as a woman, experience a unique friendship. While both are restricted in what their worlds will allow them to pursue, they find ways, both big and small, to stay true to their own inner voice. While a tragic tale of the evils of slavery, it is also a story of courage and personal conviction. 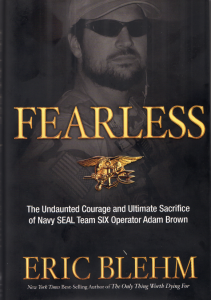 Nick’s (17) favorite:  “Fearless: The Undaunted Courage and Ultimate Sacrifice of Navy SEAL Team SIX Operator Adam Brown,” by Eric Blehm. This book tells the story of Chief Adam Brown as both a man and soldier, and chronicles his struggles to become that person, in addition to sharing his final and ultimate sacrifice. Overcoming many obstacles, Brown became a Christian in jail, and met and married an incredible woman, with whom he shared a loving family. He also rose to service in the most elite military establishment, Seal Team Six, and died while drawing fire away from his team, ensuring their safety. This is an inspiring story of an American Hero, told warts and all.

Braden’s (13) favorite:  “Rules,” by Cynthia Lord. This is the story of David, an autistic young boy, 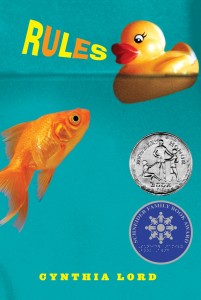 and Catherine, his older sister.  In attempt to help David behave more “normally,” Catherine has created for him a list of rules, such as “It’s okay to hug mom, but not the clerk at the video store,” and “Toys don’t go in the fish tank.” Through Catherine, we see the struggle of “normal” siblings whose lives are controlled largely by their differently-abled family members. We also watch, however, as Catherine discovers through a special new friend that “normal” is a moving target, and that rules are less important than finding acceptance.

Luke’s (10) favorite: “Mouseheart,” by Lisa Fiedler. Telling the story of a band of mice and rats seeking freedom from an evil king, and the vicious cats he serves, “Mouseheart” is full of adventure. While packed with action and intrigue, it also tells of the power of a motivated underdog, and reminds us that heroes come in all shapes and sizes. A great imaginative read that also has a soft side – we can’t wait for the sequel due out in May 2015.

We hope that your 2014 was filled with good reads, good friends, and good memories, and wish for you a 2015 filled with even more!