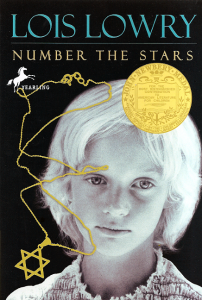 This week, Jews around the world marked the observance of Yom HaShoah, or Holocaust Remembrance Day.

In Hebrew, the word Shoah means “catastrophe or utter destruction,” and is a term commonly used to refer to the atrocities perpetrated against Jews during WWII.

Since its inception in Israel in 1953, Yom HaShoah has been observed on the 27th day of the Hebrew month of Nisan, which, depending on the year, falls in either April or May.

It is a time to remember those who lost their lives, celebrate those who survived, and vow to never again allow another Holocaust to occur.

In Israel, at 10:00 a.m., an air raid siren sounds, calling all to observe a two minute period of reflection. Work ceases, drivers turn off their cars, and the whole nation joins together in remembering the unthinkable.

While traditions differ by country, and across the varying branches of Judaism, it is common to light yellow candles in memory of the victims. Sometimes, a single candle is lit, to represent one voice from the Holocaust, but often, they are lit in groups of six, meant as a representation of the six million Jews who were exterminated by the Nazis.

Here in America, synagogues and communities often meet to join together in worship, sharing music and survivors’ stories, and reciting the Kaddish – the prayer for the departed. While it is a day of remembrance, it is also a time used to raise awareness about anti-Semitism and inequality.

In an article he penned in 2013, then rabbinic student, P.J. Schwartz said:

“From Israel’s momentary silence on Yom HaShoah we learn that life continues, even after catastrophe. When the two- 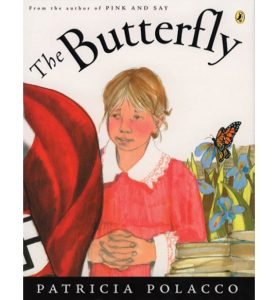 minute silence ends, we see that lesson powerfully as shops resume their business, bulldozers and cranes carry on with their tasks, people return to work, and drivers restart their cars…On this day, we advocate for ourselves and others…With individual and collective effort – on this day and every day – we can preserve the memory of what was lost, and rediscover the light of Judaism.”

For Jews and non-Jews alike, the Holocaust is a dark moment in history that needs to be remembered. By never forgetting, we preserve the memories of those whose lives were stolen, we honor those who risked, and often gave, their lives to stand up to evil, and we are better able to make the vow “never again.”

There are countless amazing books devoted to this topic, but as we spend an extra moment remembering this week, here are a few age-appropriate volumes that may aid in discussing it with your children:

“Hidden,” by Loic Dauvillier, illustrated by Marc Lizano, and Greg Salsedo – This graphic novel tells the story of Dounia, who, after having a nightmare, tells her granddaughter, Elsa a story she has never shared – one of a young girl having to wear a yellow star, and being forced to hide as her parents are taken away. The story is told delicately for a younger audience, but without discounting the truth.

Also check out: “The Butterfly,” by Patricia Polacco and “One Candle,” by Eve Bunting.

“Jars of Hope: How One Woman Helped Save 2,500 Children During the Holocaust,” by Jennifer Roy – This is the story of Irena Sendler, who risked her life to smuggle Jewish children out of the Warsaw Ghetto and into safety with Christian foster families. She meticulously recorded their information, and buried it in glass jars, hoping to be able to reunite them with their parents at the war’s end.

Also check out: “Number the Stars,” by Lois Lowry and “The Devil’s Arithmetic,” by Jane Yolen.

“Briar Rose,” by Jane Yolen – Growing up, Rebecca’s grandmother always told her a fairy tale, full of black boots and shining eagles, only to confess on her death bed that she is the heroine, Briar Rose, and the story is based on her experiences during the war.

Also check out: “Paper Hearts,” by Meg Wiviott, and “The Girl in the Blue Coat,” by Monica Hesse.