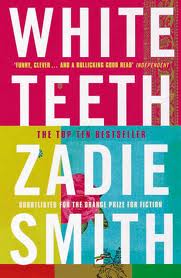 Zadie Smith is a literary force to be reckoned with.

She’s not only a writer, but a professor of creative writing as well. Next week, she brings her considerable clout to her fellow writers in Newport Beach, when she presents on Wednesday, October 30, as part of the Newport Beach Public Library Witte Lecture Series.

Her lecture entitled “Why Write?” will address the problems and challenges facing today’s writer. With the multitude of options available to readers these days, contemporary writers need to have a game plan for getting themselves out there, and that plan needs to begin with the most basic of questions: Why do I write? What is my motivation?

Smith found her motivation early in life. While at Cambridge, she published several short stories in a collection of new student writing. These attracted the attention of a publisher who offered her a contract for her first novel. Smith retained a literary agent, and the rest, as they say, was history.

That first novel, “White Teeth,” hit the scene, flush with critical praise, when Smith was just 26 years old, and remains perhaps, the work for which she is most known.

Following two men who fought together for Britain during WWII, the novel examines themes of race, class, and gender among other things. 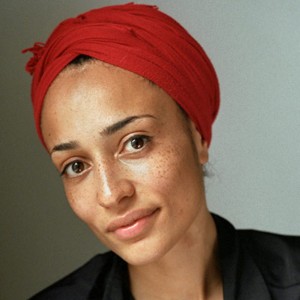 It has been said that, though fictional, it is an exceptional study in cultural relations.

Meshing together Muslim, British, and Jamaican characters, “White Teeth” explores the immigrant experience, and reflects upon the generational divide between parents and their children made all the wider by the fear that assimilation into a new culture will erase the traditions of the past.

One of the book’s main characters, Samad Iqbal, an immigrant from Bangladesh, laments of his twin sons, each of whom is taking their own divergent path away from the future their father envisioned: “They have both lost their way… Strayed so far from what I had intended for them. No doubt they will both marry white women called Sheila and put me in an early grave.”

This thought, at once unique to those embracing (or not) a new way of thinking, and universal to every parent, illustrates Smith’s capability to pen characters that will be rich in their own reality, yet relatable to readers as well.

In addition to “White Teeth,” Smith has also published the novels “The Autograph Man,” “On Beauty,” and “NW,” as well as a collection entitled “Changing My Mind:  Occasional Essays.” She also edited “The Book of Other People,” a unique collection of short stories in which twenty-three authors share an original character-driven fictional piece, showcasing their ability to create a relatable human entity through their masterful use of the written word.

It is the expertise garnered from this impressive body of work that Smith brings to the table as she teaches her course at New York University, and which she will now share with library patrons as well.

Her lecture will take place in the Central Library Friends Room on Wednesday, October 30, from 6 to 8:30 p.m. Admission is $50, ($45 for Library Foundation members) and includes a wine and cheese reception, lecture and Q &A, book signing, and dessert.