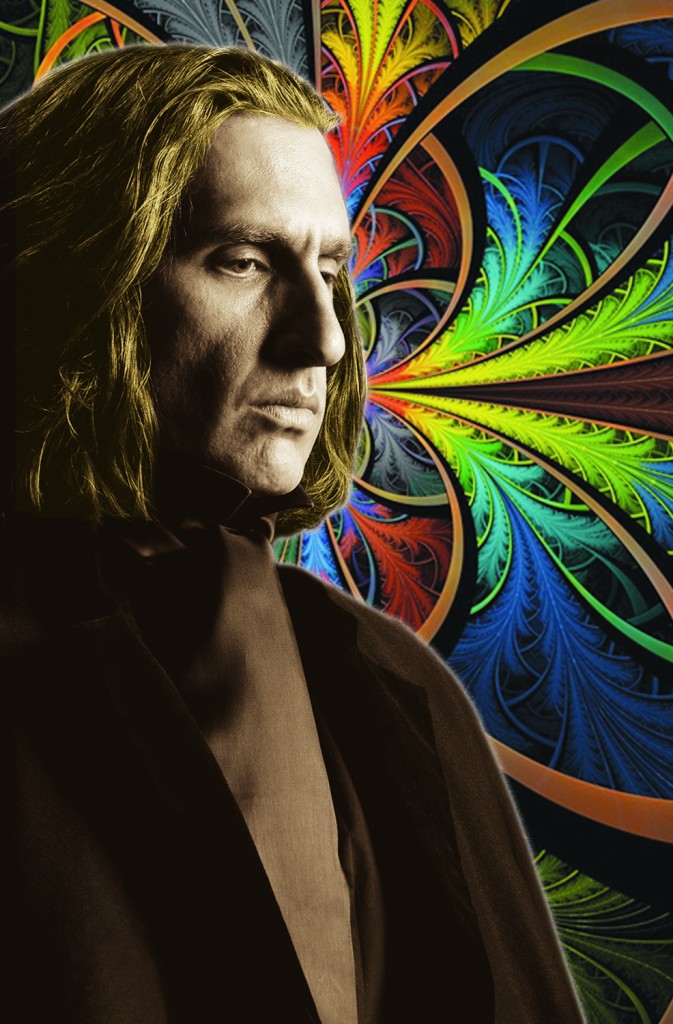 He brought George Gershwin to life on stage, followed by Chopin, Beethoven and Bernstein.

Now, actor-musician Hershey Felder returns to The Laguna Playhouse September 17 – 29 in the world premiere of his latest one-man show, “Rockstar,” a musical play written and performed by Felder about the man many consider the greatest pianist who ever lived: Franz Liszt.

“He was a 19th century rock star,” stated Felder during a recent interview. “He was a very serious musician yet had all the trappings and all the nonsense of being a superstar. You could compare him to Elvis. It was unbelievable.”

According to Liszt biographer Alan Walker, “Lisztomania” swept Europe in the early 1840s. Hysteria erupted whenever Liszt appeared in concert, and admirers fought over his handkerchiefs and gloves. Fans wore his portrait on brooches, and many tried to get locks of his hair. Liszt also had a mesmerizing stage presence, and his playing was said to have createdR a level of mystical ecstasy with audiences.

To embody this larger-than-life personality, Felder – an acclaimed concert pianist and actor – said his take on Liszt is both dramatic and fun.

“The play is set on his 200th birthday in 2011, in the very room he died in, which is now the Liszt museum,” he explained. “The New York Times printed an article in honor of his 200th birthday called ‘Still wondering if Liszt was any good.’ A visitor brings the article into the room, and the ghost of Liszt is not pleased, so he comes back to defend himself.”

During the play, Felder – as Liszt – performs many of the famed pianist’s works as well as his contemporaries, and talks about his life.

“The visuals are going to be spectacular, and we have some fun costumes,” said Felder, who has been rehearsing the play in San Diego with director Trevor Hay before premiering it in Laguna Beach. “This may or may not be the final version–once it gets in front of an audience, it can change. We’re going to have so much fun with this show, and yet make audiences feel something too. Hopefully they won’t know what to expect.”

One thing audiences can expect: another tour-de-force performance from Felder.