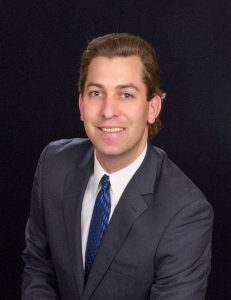 Eagle Four Partners has announced that Robin Shelton has been named the new General Manager of Newport Beach Country Club. He started in his new position on February 24, 2021.

Shelton most recently served as General Manager at SeaCliff Country Club in Huntington Beach. He has also held this position along with Director of Golf and Director of Sales positions throughout Clubs in California including Glendora Country Club, Marbella Country Club and The Club at Pasadera.

He is a member of Club Managers Association of America and is a PGA Master Professional. Shelton has served on the Board of Directors for the Southern California PGA, and this year was elected as President of the SCPGA. Additionally, Shelton has a notable educational background that includes an MBA from Pepperdine University and a degree from UC San Diego where he double majored in Political Science and American History.

“We are thrilled to welcome Robin to the Newport Beach Country Club family and are looking forward to his fresh, creative leadership and vision,” said Kevin Martin, founding Partner of Eagle Four Partners.

Being an integral part of the community fabric of Newport Beach, the group is dedicated to a transformative renovation in 2021 bringing the hotel to a new level of guest experience and service befitting its location in the heart of Newport Beach.