The Exchange Club of Newport Harbor has announced the selection of ten graduating seniors chosen from among the four high schools within the Newport-Mesa Unified School District to receive the annual “Accepting the Challenge of Excellence” awards. Each award consists of a $3,000 educational scholarship to help defray the costs of furthering their education.

The students were honored at the Exchange Club’s luncheon at the Bahia Corinthian Yacht Club on May 13. Cynthia Strasmann, the coordinator of the event, said, “Their counselors selected the students because they have overcome some adversity during their lives, have strived to graduate, and have plans on furthering their education.” 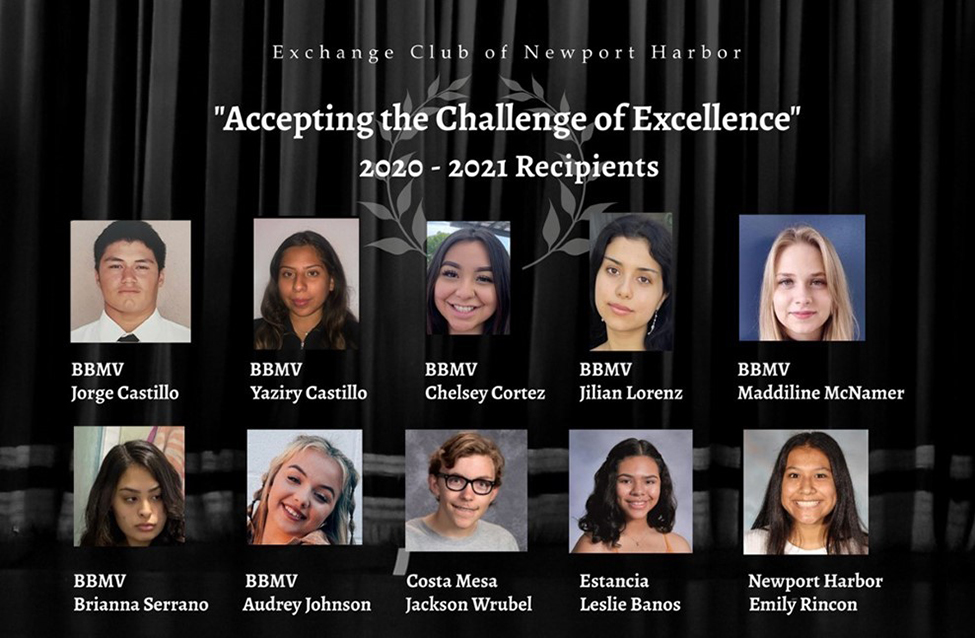 The following students were selected by their counselors from each of the other three schools in the district:

The Exchange Club of Newport Harbor is the local chapter of the oldest service organization in America, having served the Newport Beach community for more than 90 years. Besides furnishing academic scholarships for high school seniors, its mission includes the prevention of child abuse and programs benefitting active and inactive military personnel and first responders.

ECNH is recognized locally as the organization which presents the “Field of Honor” at Castaways Park, overlooking the Back Bay of Newport Beach, where 1,776 large American flags are proudly displayed between Armed Forces Day and Memorial Day each year.