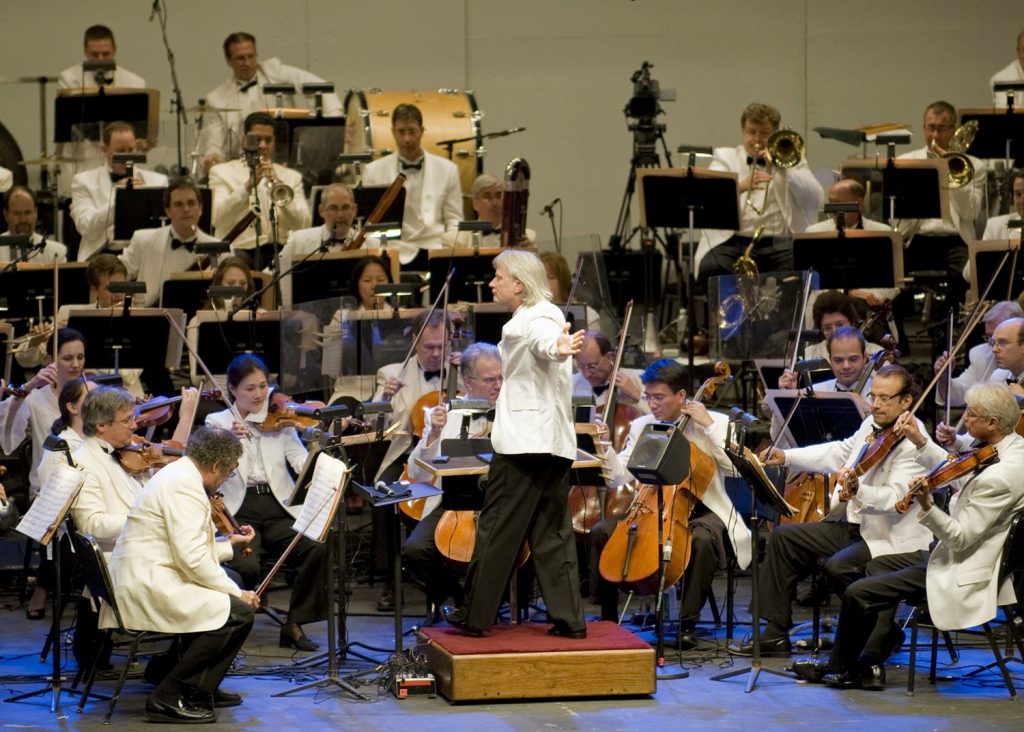 The Pacific Symphony is looking forward to putting the pandemic behind them this summer when they kick off their annual summer concert series with their traditional July 4th Spectacular.

Last year, the symphony has scheduled a Fourth of July concert at the Pacific Amphitheatre in Costa Mesa (its usual summer home) featuring the music of Elton John starring Craig A. Meyer as “Almost Elton John,” but that concert – and their summer series – had to be postponed.

Now, that postponed concert has been rescheduled, but instead of Pacific Amphitheatre, the symphony has transitioned to the new FivePoint Amphitheatre in Irvine. This is Pacific Symphony’s first time performing at Orange County’s newest outdoor venue and it promises to be a historic event.

Craig A. Meyer and his Rocket Band will perform such Elton John hits as “Your Song.” “Rocket Man.” “Goodbye Yellow Brick Road,” and many other hits in this musical journey that celebrates the decades of chart-topping hits of Sir Elton John.

There will also be patriotic favorites, the symphony’s traditional salute to the U.S. armed forces, and of course a brilliant fireworks finale.

The symphony returns to the Pacific Amphitheatre August 21 with the West Coast premiere of “Toy Story” in Concert—Live with Orchestra. Considered by many to be one of the best animated films ever made, “Toy Story” received three Academy Award nominations, including one for “You’ve Got a Friend in Me” by Randy Newman.

The Pacific Symphony will perform the soundtrack to the movie live while the film is shown on a big screen. 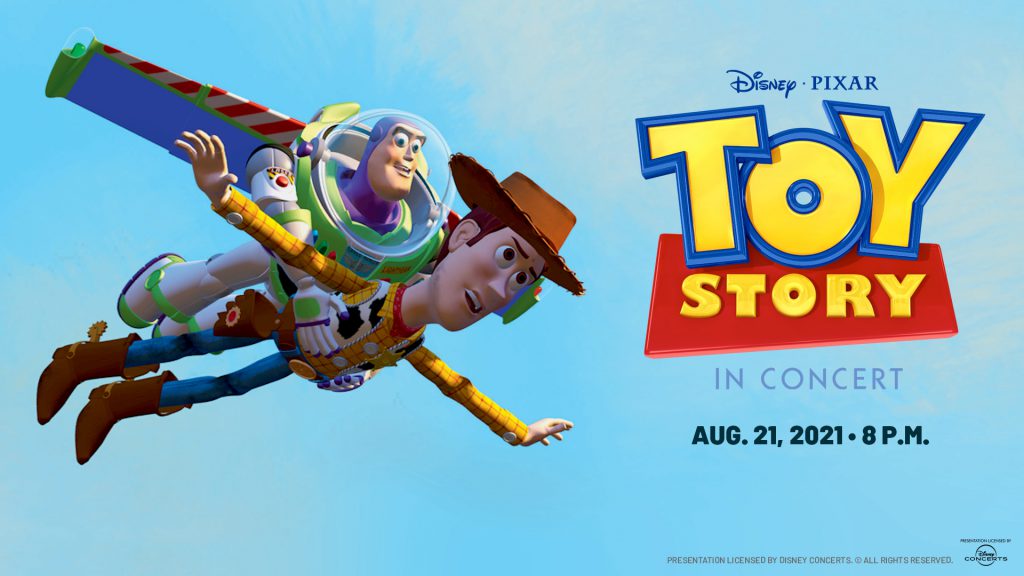 The symphony concludes its summer concert series with its traditional Tchaikovsky Spectacular at Pacific Amphitheatre on Sept. 11, complete with cannons and fireworks. Critically acclaimed pianist and the International Tchaikovsky Competition Silver Medalist George Li joins Pacific Symphony to perform Rachmaninoff’s “Rhapsody on a Theme by Paganini.”

Tickets for SummerFest ‘21 are on sale now. Subscriptions for the three-concert series range from $63 to $150. Single tickets start at just $25. All concerts take place at 8 p.m. For more information or to purchase tickets, call Pacific Symphony Patron Services at (714) 755-5799, Monday through Friday from 9 a.m. to 5 p.m., or visit www.PacificSymphony.com.

The season sponsors include PBS SoCal, K-Earth 101, KPCC 89.3 FM and Classical KUSC 91.5. Avenue of the Arts Hotel in Costa Mesa is the official hotel of Pacific Symphony. The July 4th Spectacular is generously supported by Live Nation.

COVID-19 safety protocols continue to evolve at a rapid pace and audience safety is our priority. In partnership with Live Nation and the OC Fair & Event teams, the symphony will be using current CDC recommendations as well as Cultural Celebrations guidelines from the State of California to create reopening policies and procedures.

For the most up-to-date safety information, please go to www.PacificSymphony.org/Safety.