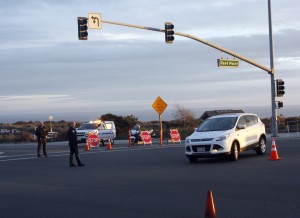 Pacific Coast Highway was closed in both directions between Reef Point (at Crystal Cove Promenade) in Newport Beach and Broadway Street in Laguna Beach due to a multi-car accident that occurred around 1:30 p.m. Sunday afternoon.

Newport Beach Police Department issued a traffic alert at 3:17 pm about the southbound road closure at Reef Point. Authorities at the closure site told the NB Indy that Coast Highway was closed at Broadway and that there was no timeline for reopening the highway. Coast Highway was still closed as of 7 p.m. Sunday.

According to multiple news sources including OC Register and KTLA-5, five vehicles were involved in the crash, which occurred in North Laguna not far from the Newport Beach border. There was one fatality, and five people were transported to local hospitals.

An officer near the crash site told the NB Indy that an SUV carrying several people that had been hiking in Moro Canyon was involved in the crash, but the occupants 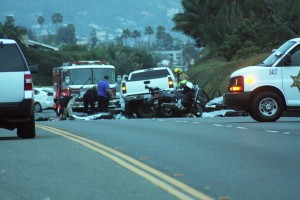 Several bicyclists who had been biking in Moro Canyon were headed back home to Laguna but were not allowed past the yellow police tape, so they had to turn around and pedal north on Coast Highway to Crystal Cove, where they said they intended to call for a ride.