The race started near the Newport Pavilion in cloudy conditions with light to medium wind. As the race progressed, the wind became shifty and irregular with lots of puffs.  By the end of the race, the wind filled in and the sun was out for a perfect conclusion to a fun-filled race.

Each participants received a T-shirt courtesy of the Commodores Club of the Newport Beach Chamber of Commerce. Awards were given for top placing sailors in each category. In addition, the fleets also gave awards for the longest distance traveled, oldest and youngest skippers, first girl to finish.

Winners were awarded after the finish of the race at the Balboa Yacht Club.

First to finish in the ILCA fleet was Buddy Richley who had previously finished second three times over the years. He was awarded a new ILCA sail donated by West Coast Sailing.

Kurt and Anne Wiese finished first in the Harbor 20 Fleet. Pettit Paints donated a gallon of bottom paint to the top winner and Just Marine donated other Harbor 20 awards.  First to finish in the RS Tera fleet was Daniel Guo. His first-place finish earned him a new sail donated by Newport Coast Sailing.

The Annual Flight of Newport is scheduled each year in mid-July and is presented by the Commodores Club of the Newport Beach Chamber of Commerce with support from numerous local businesses.

NB Indy photographer Jim Collins was there to capture the action. 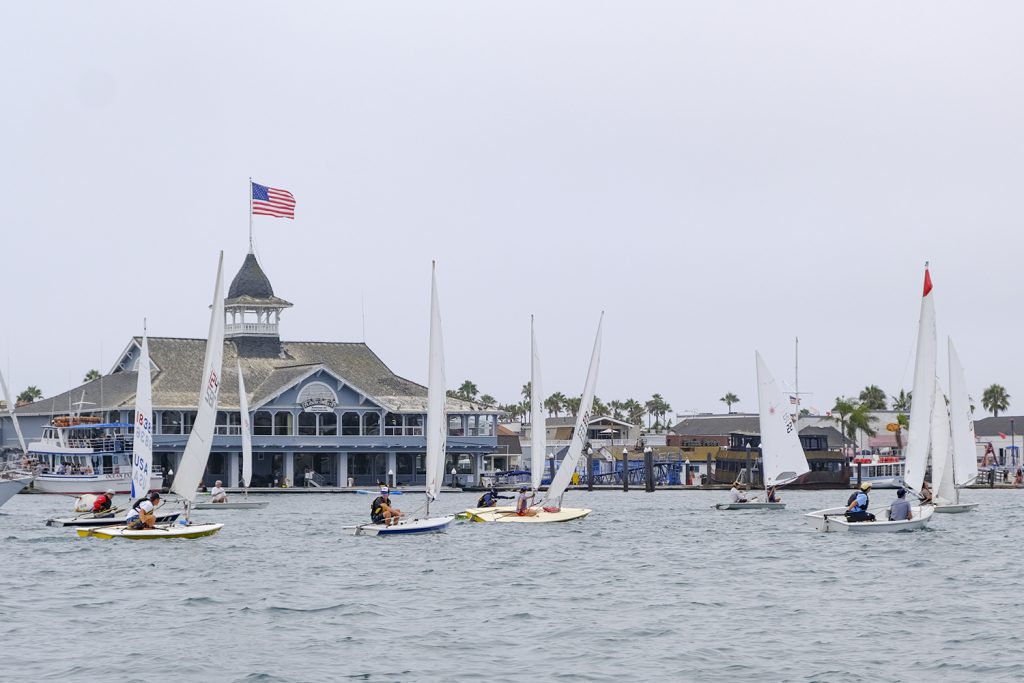 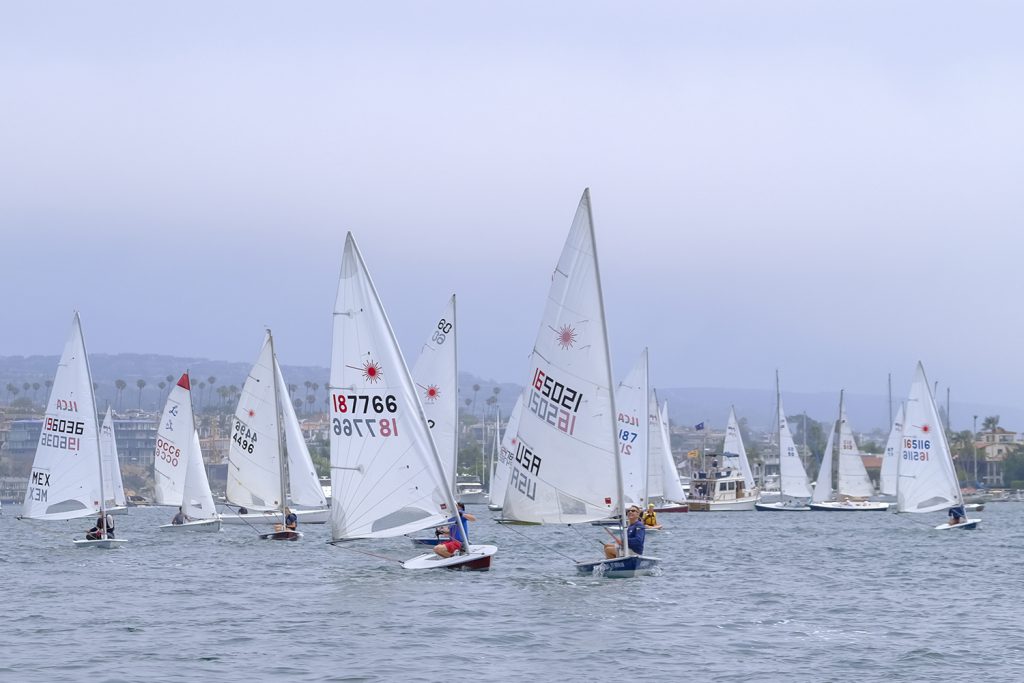 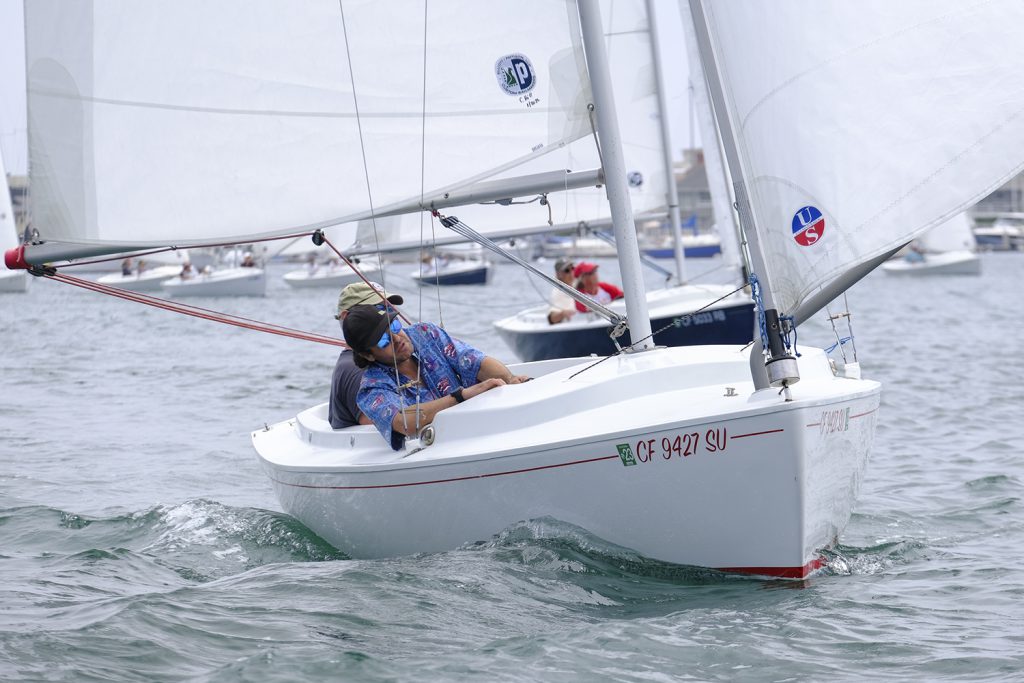 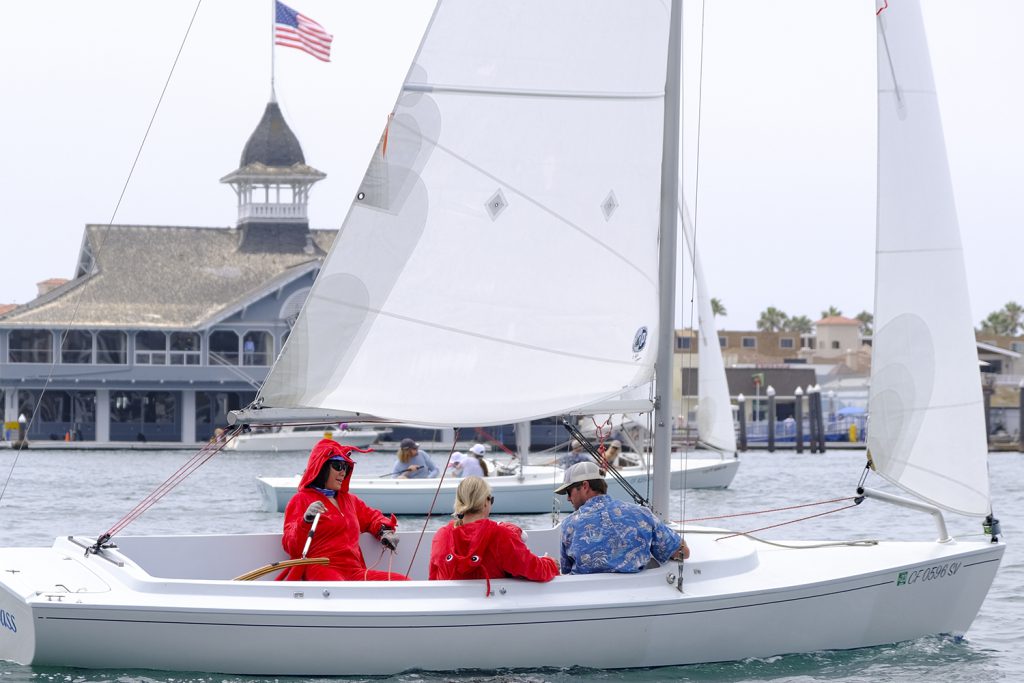