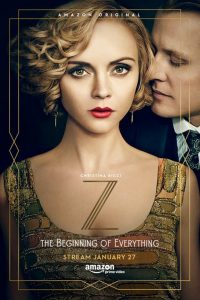 Love is in the air, and perhaps also on your TV screen. Of course, the word love is subjective, as is the love story depicted in the new Amazon original series, “Z: The Beginning of Everything.”

Recounting the saga of one of the literary world’s most well-known love stories, “Z” takes us into the world of young Zelda Sayre, who would eventually become an icon of the Jazz age, as well as Mrs. F. Scott Fitzgerald.

Zelda was a bit of a wild-child in her own right, tearing up the social scene in Montgomery, Alabama, and in general, flying in the face of propriety. Her father’s standing as a respected judge allowed her a certain amount of leeway, and she delighted in behaving in a manner most unbecoming of a delicate Southern lady.

Charged with carrying out antics such as swimming in a form-fitting, flesh colored suit, so as to fuel rumors that she swam in the nude, Zelda discovered early in life her craving for attention – an appetite that would both fuel her fire, and contribute to her eventual burn out.

Shortly thereafter, she also discovered the man that would become her true love, lifelong obsession, and according to many, the vehicle for her eventual undoing: renowned author, F. Scott Fitzgerald.

Stationed in Alabama during his stint in the military, Fitzgerald was an as yet unpublished author when he met 17-year-old Zelda. Taken with her free spirit, and wild beauty, he solicited an agreement from her to marry him once he published his first novel.

After a courtship, disapproved of by her parents, and an armistice which ended his military service, he did just that, publishing the whirlwind success, “This Side of Paradise,” and taking Zelda as his bride in 1920. 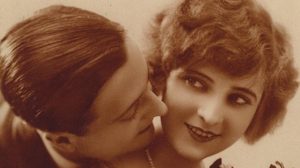 The two became a fixture of the jazz era – sweethearts of the time who became synonymous with a lifestyle of decadence and excess. Eventually, they would relocate to Paris, where they joined other expatriates, becoming members of what has been labeled the “Lost Generation,” an eclectic group of artists of the time, including Picasso, Ernest Hemingway, and Gertrude Stein.

Zelda both craved and resented her husband’s fame, wanting a piece of recognition for her own artistic endeavors. She was undoubtedly his muse, as their life together, as well as her own writings found their way – sometimes verbatim – into his work, but being simply “Mrs. Fitzgerald” was not enough.

As they drank their way through their money, their passionate life together became increasingly more dysfunctional. Betrayals, jealousies, and rumored affairs, coupled with financial troubles, became the hallmark of the former golden couple.

For her part, Zelda began descending further into her own mental illness, and was diagnosed, over time, as both manic-depressive, and schizophrenic. She lived the latter part of her life in and out of sanatoriums, and in fact died in a fire, while waiting to receive her electro-shock therapy.

While you can see her influence in all of her husband’s work, author Therese Anne Fowler felt it was time to hear Zelda’s own voice, releasing the acclaimed 2013 novel, “Z:  A Novel of Zelda Fitzgerald.” Impeccably researched, Fowler’s work is a cross between historical fiction, and an autobiography. It is Zelda’s story, as she might have told it if given the opportunity.

Now, it has been adapted for the screen, inspiring the Amazon series, which has just become available to stream.

A story as captivating as ever, the Fitzgeralds’ is one both enthralling and cautionary. It is a tale of love – passionate and consuming — for one another, for the idea of one another, and above all, for fame and glory. It is a reminder that often, all that glitters isn’t really gold.