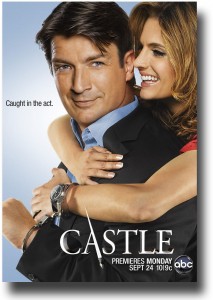 Has anyone noted that our Editor, Chris Trela, looks very much like Richard Castle (Nathon Fillon) of the Castle TV Series? Now there are a few life-style differences between them you might not pick up in their mug shots. Castle’s girlfriend is a brunette, the beautiful Detective Kate Beckett (Stana Katic). Now, I’ve seen Chris out and about town with a lovely blonde. In the TV series, Castle is a mystery writer who helps Beckett solve cases. In Newport life, Trela mysteriously gets the Newport Beach Independent columns and news out to its readers every Friday.

The first power given to the President under the U.S. Constitution is that of Commander-in-Chief of the Armed Forces. Doesn’t it at times strike you oddly that we give this all-important life and death decision-making responsibility to someone who may be the least trained or experienced for this position? Many of our recent Presidents never served in the military. Even experienced leaders of the various armed services would find the responsibility of commander-in-chief daunting. When President Obama first ran for office he declared he would bring the troops home. Six years later we allegedly have troops in 170 countries. I do not blame the President alone for this horror. There is plenty of blame to go around. The amount of money we spend killing people all over the world yearly would, if saved, provide medical coverage for all of our poor, indigent, uninsured, those with pre-existing chronic illness, physical disabilities and mental illness.

As you are aware the road to acceptance for Obamacare has not been easy. On July 3 the Association of American Physicians and Surgeons (AAPS) issued the following statement, with which I agree. This is in response to the Obama Administration’s surprise decision to delay enforcement of certain provisions of the Patient Protection and Affordable Care Act (PPACA) until January 2015:

“In the midst of a multi-million dollar advertising campaign touting the supposed benefits of this law, it is interesting that the administration wants to delay it. It was rammed through Congress as if it were an emergency. Three years later, the emergency is its destructive impact on business and employment. The Administration’s action to delay enforcement of the employer mandate in PPACA until after the election of November 2014 violates both the law and the U.S. Constitution. Section 1513 clearly states that the law shall apply to months beginning after December 2013. The Administration’s rationale is that the requirements of the law are too complex to be implemented by the deadline. The impossible complexity of the law will not be fixed by a year’s delay. The destructive impact on employment, owing in part to uncertainty, will also not be mitigated by delay. A business cannot hire workers this year not knowing costs PPACA will impose on this decision a year from now.”

How about a simple solution like choosing a bipartisan blue ribbon medical committee that puts the 2,800 pages of Obamacare on the bargaining table? The committee then marches foreword page-by-page and word-by-word as it makes the common sense changes that are needed now?