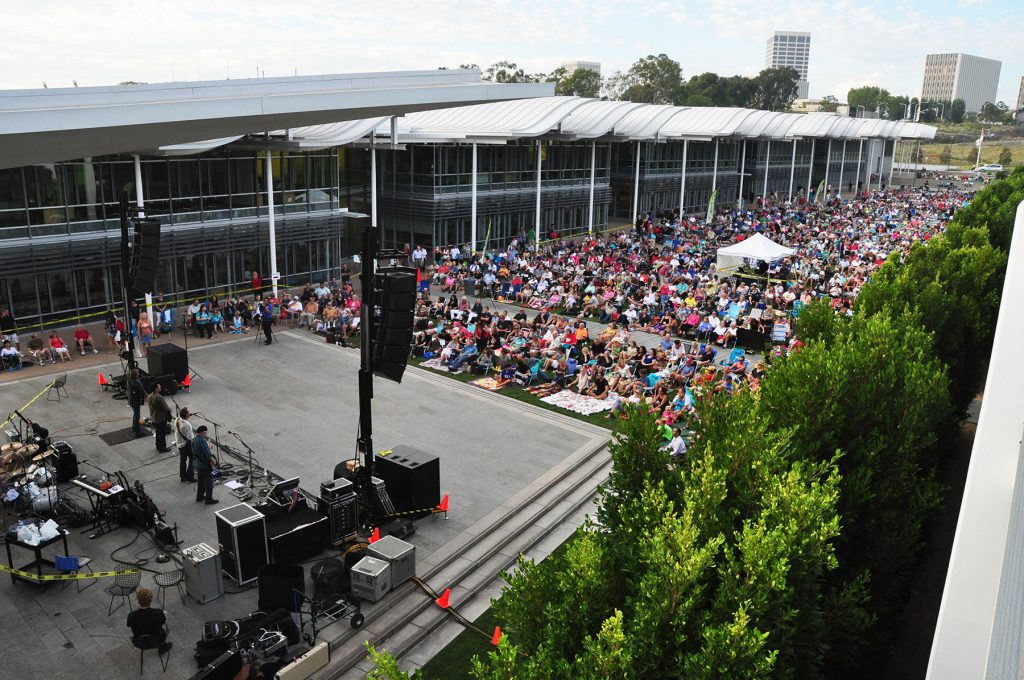 The 2019 Concerts on the Green are on June 16, July 7, August 25 and September 15. All concerts are on Sundays, beginning at 6 p.m. and ending at 7:30 p.m.  The concerts are free and open to the public, with free parking available in the adjacent Civic Center parking structure and Central Library parking lot. Concertgoers are encouraged to bring picnic dinners, blankets and low-slung beach chairs to enjoy the concert.  Food trucks will be on hand selling dinner and desserts.

The featured bands for Summer 2019 are: 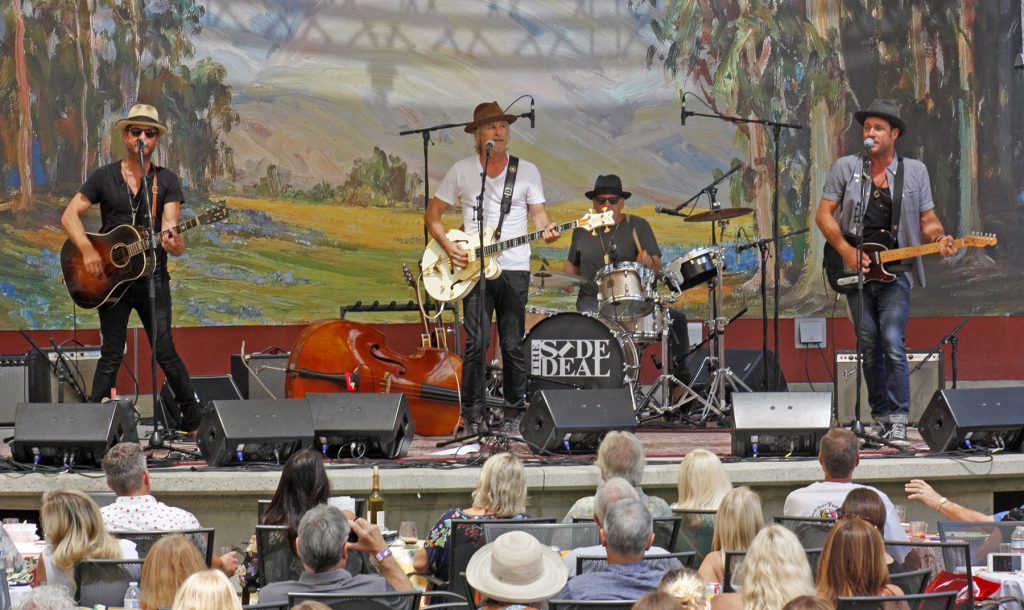 The Side Deal: Sunday, June 16. After years of independent successful music careers and admiration for one another, Charlie Colin (Train), Stan Frazier (Sugar Ray), and Joel & Scott Owen (PawnShop kings) brought their talents and passion for great music together in a band called The Side Deal. They will kick off the Concerts on the Green series with a rock performance that includes familiar and revamped renditions of their global hits such as Train’s “Drops of Jupiter,” “Calling All Angels,” and “Meet Virginia,” and Sugar Ray’s “Fly,” “Someday,” and “Every Morning,” plus new Side Deal originals.

The Smith Band: Sunday, July 7. Smith Band is a six-piece pop country music group from Southern California that performs hits from artists such as Maren Morris and Miranda Lambert to Luke Bryan and Thomas Rhett. Smith rocks modern country with classics, creating a sound and energy that will have you up on your feet dancing. 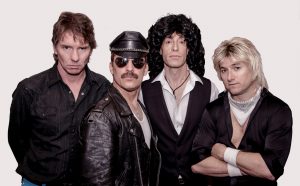 Queen Nation: Sunday, August 25. In a tribute to one of the most iconic groups in rock history, Queen Nation recreates the image, sound and energy of a live Queen concert. Gregory Finsley, Mike McManus, Pete Burke, and Parker Combs pay remarkable homage to the legendary band with songs like “We Will Rock You,” “Bohemian Rhapsody,” “We Are The Champions,” “Crazy Little Thing Called Love,” and “Another One Bites The Dust.”

Flashback Heart Attack: Sunday, September 15. Repeat winners of the best live band/best rock band/best tribute awards in Orange County, Flashback Heart Attack brings the authentic 80s cover band experience to the Newport Beach Civic Center. The local Orange County band that has made it big, nationally and internationally, will out some fire in the end of summer with a playlist that includes all the great 80s hits.