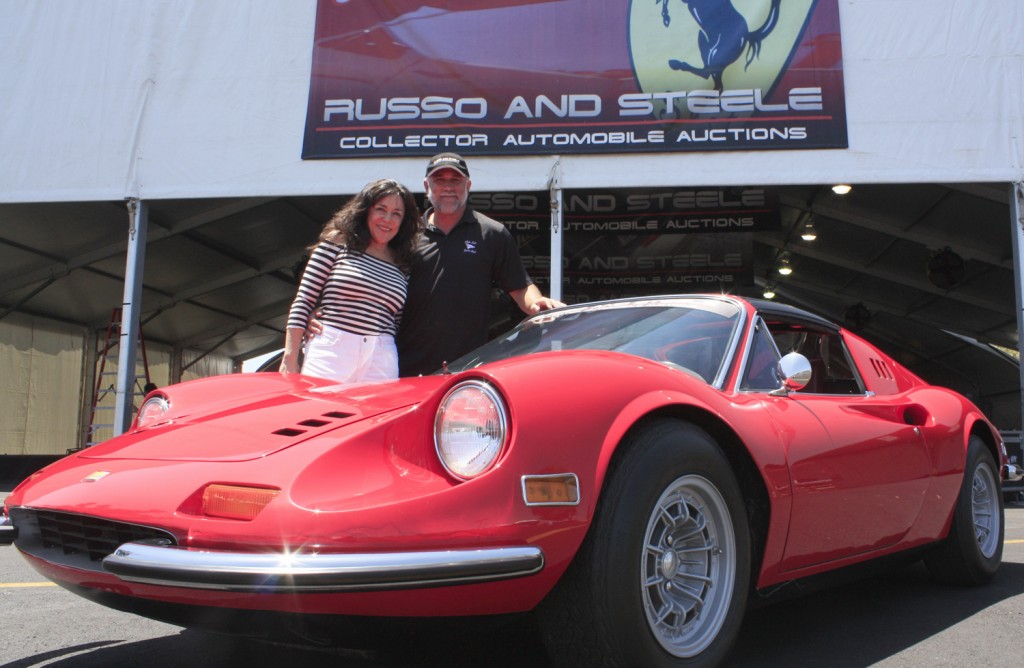 Thousands of classic car collectors and automobile aficionados will descend on Newport Dunes this weekend for the Russo and Steele Newport Beach Collector Automobile Auction, held Friday and Saturday, June 21 and 22.

More than 300 European sports cars, American muscle cars, hot rods, and custom cars will be auctioned over two days, with some expected to sell for over $1 million.

It’s the first year that Russo and Steele has brought their popular automobile auction to Southern California, and it won’t be the last–the company signed a five year agreement with Newport Dunes, with an option on an additional five years.

Holding the auction in Newport Beach made sense for Russo and Steele CEO Drew Alcazar–he and his wife, Josephine (a partner in the business), live on Lido Island.

“This has been an 18 month project,” said Alcazar. “We have been looking to do an event in this area for the past couple of years. It’s a long term commitment. We’ve done these in Scottsdale and Monterey for the past 13 years. The Dunes has been very supportive. The equity lies in future years. We want to build a relationship and weave ourselves into the fabric of the community.”

One way they’re doing that is to host a Charity Bash the night before the auction. For the initial Newport charity event on June 20, Russo and Steele partnered with CHOC 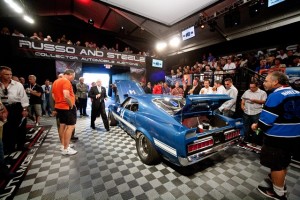 Children’s Hospital for an evening of dinner, dancing, and a live auction.

“That’s our true measure of success–how you’re being adopted into the community,” noted Alcazar.

For Alcazar, the term community extends to the people who sell and buy cars at his auctions.

Alcazar has known most of his sellers and buyers for many years, and understands what kinds of cars they prefer, and what prices they can afford. He make sure he has a variety of automobiles in various price ranges at his auctions. Some vehicles may sell for under $20,000, but the majority are higher end cars that go for much more. The top vehicles are usually showcased in the evenings between 7 and 9 p.m., but anyone coming to buy a collectible car will be able to find one they like no matter what time of day.

So what makes someone want to sell a car at a Russo and Steele auction? 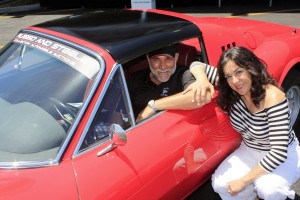 “There are a plethora of outlets to sell your car,” admits Alcazar. “Nobody needs a collector car auction to sell a really great car. Great cars are going to sell no matter what. But if you take the next step and say I want to have an auction opportunity, you do that for different reasons. You may want the anonymity of the transaction, and you may want to make sure you’re maximizing the market by taking it to a public auction. And the half a million dollars I am spending on marketing is going to bring someone else in. That’s how you get an auction going. We want to make sure we sell that car for the most money possible.”

Russo and Steele takes a percentage of the sales price, but Alcazar that he is not in it for the money.

“I do this auction thing because it’s fun. I dig it. And I want to sell you a good car so when you’re done playing with it, you bring it back and I can sell it to someone else.”

The Russo and Steele Auction begins at 12 p.m. Friday and Saturday. Gates open at 10 a.m. General admission is $20 for anyone wanting to come and watch the auction, and get up close and personal with 300 classic cars.

For more information, and to view photos of the cars being auctioned, visit RussoAndSteele.com.