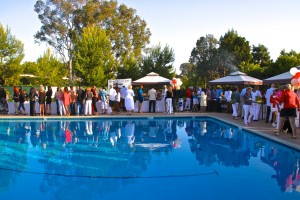 Special to the Indy by OCSocialScene.

The Adoption Guild of Southern Orange County kicked off the 52nd Annual Roy Emerson Adoption Guild Tennis Classic last Saturday, May 25, with its Tournament during the day, and rocking Kick-Off Party that evening. Opening rounds were held at Palisades and Newport Beach Tennis Clubs.

Under balmy skies and a beautiful sunset, The Guild welcomed approximately 450 guests –players and non-players alike – to the Tournament Kickoff Party, held poolside at the beautiful Newport Beach Tennis Club.

Dinner entertainment was provided by Island Guitarist Freddy Zuma (who appears regularly at SOL and Tommy Bahamas), followed by the strains of Steve Donn & The Heart- 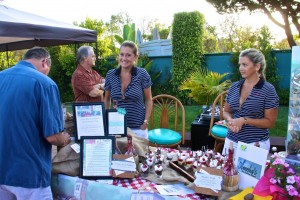 The Roy Emerson Adoption Guild Tennis Classic continues through the weekend  with the commencement of Open Player matches and all level finals at the Newport Beach Tennis Club. For more information on the tourney, log on to adoptionguild.org.

Since 1961, Adoption Guild has generated over $4.3 million in funding, contributing to approximately 3,000 adoptions.