OK, snap back to reality – the headline above has no basis in fact. As a matter of fact, President Obama – along with all the other candidates – have it all wrong.

There is no question that the Economy and Job Creation (capital letters since these are getting to be Proper Nouns!) are the top challenges in our country today and all those running for office are going down the same road believing that you can legislate the Economy into recovery and mandate job creation by policy. Any politician running for national office who believes recovery will be forthcoming from Washington is disengaged from reality and the rest of the voting public.

As a disclaimer, this is not a political commentary and I am not a political writer. I am a business person who believes that less political interference is better and Capitalism is King. Give the economy a chance to move on its own, with enough incentives to give it a boost, less government intrusion and it will recover on its own.

Without getting into all the details of Obama’s proposed $477B Jobs Bill, you can do that other places, let’s focus on why this bill is a joke and has limited or any chance of success or impact.

In the ’50s, President Eisenhower’s Interstate Highway System Act was critical in bringing the country closer together and allowing a nationwide system for businesses, trucking and consumers. We have enough roads to last a lifetime.

The commonality with both these examples is that they allowed the creation of millions of jobs for primarily low education workers and there was a pattern based on the business world at that time. We were a nation of Workers which is less so today. In those times we were predominantly Blue Collar and today the United States is supposed to be the Technology leader with a highly educated workforce. I don’t see the MBAs and out of work engineers and college grads working on repairing the California interstates.

So if these programs and acts won’t work, what will?

Here we sit in Orange County, an economic powerhouse on par with many countries! We have manpower, women-power, brainpower galore and local government that wants to do their share. So let’s help them.

Local political will and efforts can be the genesis of economic recovery. Local cities can support new and existing businesses and help them grow and adapt and transform themselves as they need to in order to survive- and hire. Local cities can truly define and emulate what “business friendly” really means.

If any political candidate running for office really wants to separate themselves from their identical pack mentality they should look at how they can help at a micro-local level, not from a Washington perspective. Give the cities money and incentives and help them truly support their struggling businesses.

Be sure the money is used properly and allocated towards entrepreneurial efforts, the creation of new jobs, mentorship and create local incubators for everyone to participate in.

One Business at a Time; One City at a Time.

Would you put that bumper sticker on your car? I would. 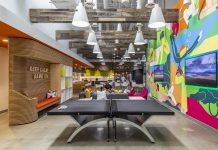 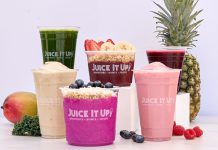 Newport Beach-Based Juice It Up! Tramples Sales Records in 2021