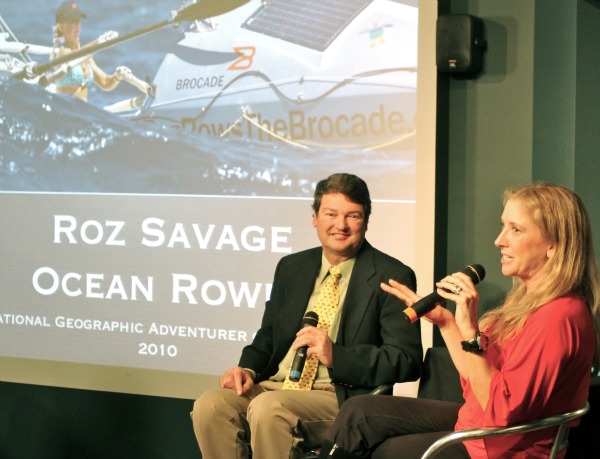 Good news is on the horizon for boaters and others who use GPS. The Federal Communications Commission plans to revoke the permission for LightSquared to build a nationwide wireless network for a new broadband service. The decision cites problems with interference with navigational systems onboard vessels, airliners, cars, and military applications from the closely adjacent frequencies.

In a letter dated Feb. 14 to the Julius Genachowski, chairman of the FCC, from the National Telecommunications and Information Administration, that agency said, “Based on the testing and analyses conducted to date, as well as numerous discussions with LightSquared, it is clear that LightSquared’s proposed implementation plans, including operations in the lower 10 MHz would impact both general/personal navigation and certified aviation GPS receivers. We conclude at this time that there are no mitigation strategies that both solve the interference issues and provide LightSquared with an adequate commercial network deployment.”

I mentioned this network in my column last July 11, when the FCC granted a waiver to LightSquared to expand its spectrum to frequencies directly adjacent to the frequencies used by GPS. Boaters rely heavily on GPS as the primary navigational tool while boating, and since the termination of Loran C, GPS is the only navigational tool readily available for boaters as a safety tool to provide one’s  exact latitude and longitude in the event of an emergency.

Rumors on the water are that LightSquared hired approximately 15 lobbying firms last year for about $2.5 million. In a predictable move last week, the company announced that it will be slashing 45 percent of its 330 jobs. Now, I do not like to see companies lay off workers or potentially go bankrupt, but trying to push through technology that from the start was known to interfere with navigational systems is not a smart business plan.

On another note, I want to mention the enjoyable Waterman Lecture Series at the ExplorOcean/Newport Harbor Nautical Museum last week. I was invited as the substitute moderator when the Indy’s editor, Roger Bloom, was called out of town.

The featured guest was Roz Savage, National Geographic’s 2010 Adventurer of the Year. Roz, who hails from Britain, is a worldwide ocean rower in her 23-foot boat. She has tackled over 15,000 miles in various voyages adding up to over 500 days at sea practically alone. It is estimated these adventures would accumulate over 5 million oar stokes. Did I mention a 23-foot boat?

During the interview, Roz said that at one point while rowing the oceans, she thought she was the person most distant from anywhere except, maybe, for those onboard the Space Station (ISS). I knew in the back of my mind that she was correct, but I did not have the orbiting altitudes of the ISS memorized. After researching, the ISS is only is 200-300 miles above earth, so, yes Roz, you would have been further then the crew aboard the ISS especially on your trek to Hawaii at 1,100 nautical miles from the nearest beach.

She has four world records for ocean rowing, including first woman to row the Atlantic, Pacific and Indian oceans, and I expect to see more records in her future. She has an active website at RozSavage.com, and to find out about all the activities, along with the next Waterman Lecture Series evetn, visit ExplorOcean.org.

Tip of the week are two informational items for boaters that are printed in the recent United States Coast Guard’s Local Notice to Mariners (LNM). Of course, all you boaters have signed up for email notification of the LNM. First is an ongoing marine safety bulletin that there has been a recent trend in traffic patterns where some ships’ Captains are choosing to depart the Traffic Separation Scheme in the Santa Barbara Channel and change their course through an area to the south of San Miguel, Santa Rosa and Santa Cruz Islands. Therefore, voluntary western traffic lanes have been recognized for ships approaching and departing the Port of Los Angeles and the Port of Long Beach.

Additionally, those planning to visit Japan should note the precautionary transit notification zone near Fukushima, Japan. This is in response to the damage at the Fukushima Nuclear Power Plant, and vessels should avoid transiting within 10.8 nautical miles or further depending on the wind conditions blowing offshore near the Plant (37°25.5’N, 141°02.0’E). Should a vessel heading for a U.S. port cruise within 10.8 nautical miles of the Fukushima Nuclear Power Plant, the U.S. Coast Guard requires the vessel’s master to submit transit information prior to the 96-hour Advanced Notice of Arrival.

And don’t forget: Tune in to the No. 1 boating radio talk show in the nation, Capt. Mike Whitehead’s Boathouse Radio Show, broadcasting coast-to-coast on the CRN Digital Talk Radio syndicated network every Saturday at noon, Pacific Time and replayed on Sunday at 10 am Pacific. Join Chandler Bell and me as we talk about “all things boating.” You can find the station listings, cable TV channels, live streaming on the Internet, and now available are apps to listen to the show for your iPhone, Blackberry, iTouch, Android, Palm, and Windows Mobile at www.BoathouseTV.com or www.BoathouseRadio.com.

Until next week, Safe Voyages!