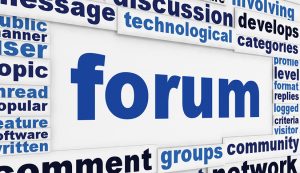 As a young college student in the UC Education Abroad Program in France, I was immersed in French literature. Many people do not realize the extent to which French Literature has had an effect on world lit, yet the French have won more Nobel prizes in that category than any other country.

A very popular literary movement that had a particularly great influence on world culture during the era after World War II was existentialism. It seemed like in every class that I took we studied the icons of existentialism and the theater of the absurd. While I found some of the themes of such literature harsh, dark and sometimes depressing, I could not help but be swept away by the depth and intensity, if not bizarre nature, of some of the works I studied.

Why do I bring this subject up now while we are in the midst of a pandemic which has been devastating and divisive to our society? Because of the works of one French author who can be turned to for inspiration during such harsh times. His name was Albert Camus. He is world renown for his masterpiece of the 20th century which had a deep influence on literature in general. Its title: “The Stranger.”

But, interestingly, he also wrote another novel which is very timely for the period that we are enduring now. This novel was called “The Plague” and was about a plague in a city in Algeria( a former French colony).

Initially the people are indifferent to the health of each other because they think that their pain is unique. Eventually they evolve and adopt the most meaningful action within the context of Camus’ philosophy: to choose to fight death and suffering.

Camus died in an auto accident in the 1960s but not before he was awarded the Nobel Prize for Literature in 1957. One of his most inspiring quotes which describes the noble power of literature is “The purpose of writing is to keep civilization from destroying itself.”

That quote came to mind as I was reading an Op-Ed by a pandemic doctor in the newspaper this weekend. Having worked daily since the pandemic broke out, he is exhausted and weary and no longer very sympathetic to the purposely unvaccinated patients who have turned the hospitals into havens of suffering and death.

I found his quote, while perhaps not as profound as Camus in a literary sense, most profound in a realistic sense of what the doctors and patients are dealing with: “If you believe the pandemic is over and I can ride it out, without getting vaccinated, you could not be more wrong. This virus will find you.”