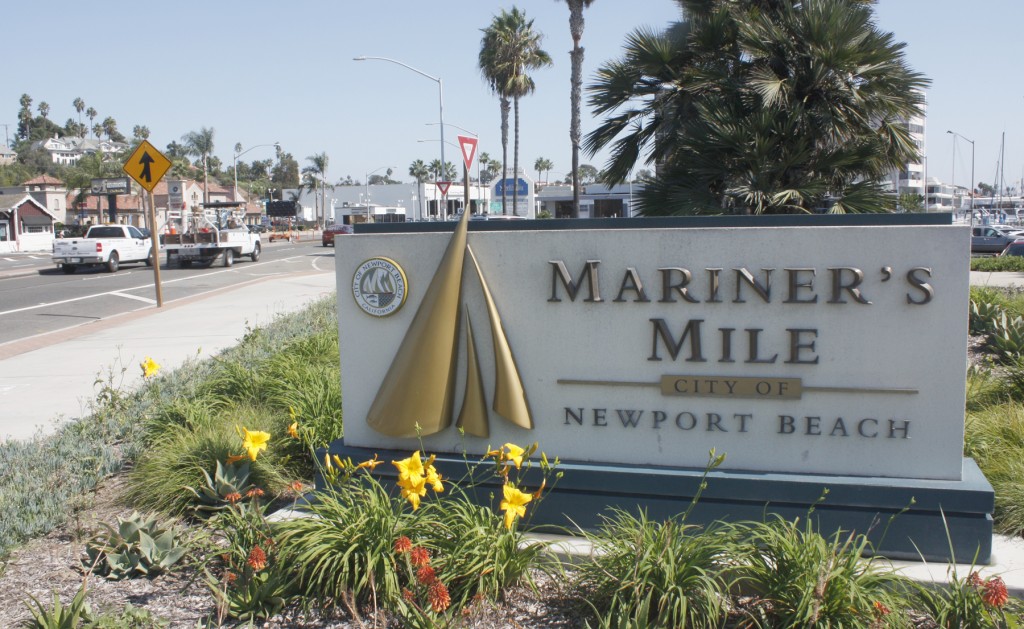 The Newport Village Project along Mariner’s Mile is projected to be in its final review stages with its environmental impact report, which is approaching spring of 2021.

However, we must realize that each significant shift in human events has generated a re-structuring of the way we live. Newport Village should rethink the designs, buildings and the surrounding landscape, since the project was initially submitted to the City of Newport Beach prior to COVID-19.

The Newport Village project should embrace the visual and artistic sensibility of the natural topography of both the bay and the bluffs. Newport Village should incorporate safety systems and consider climate changes that influence the way we plan and design along our waterfronts.

A forward thinking concept clearly should be influenced and embraced by the local community, who would benefit from a smaller, more intimate project that would be tied to the local residents.

As billionaire Rick Caruso stated when designing the Pacific Palisades project, he spent “hours listening to hundreds of residents’ concern and desires.”  Caruso, along with local Newport Beach developers, acknowledge a need for projects to benefit the local residents, while also being compatible to the surrounding communities.

With the onslaught of COVID, this is about the support of “localism.” This project will be dependent on the community’s support to create a destination within the heart of our town along Mariner’s Mile—a village that is “walkable” and “connected” to the residents.

Today’s pandemic, affecting every country on earth, will undoubtedly change the way we design and construct our built world moving forward.

Southern California has seen a significant decline in vehicle traffic, transit use, and air travel since the start of the COVID-19 pandemic, according to a study by SCAG (Southern California Associations of Governments), with regard to the impact on planes, trains, and automobiles in the region. Vehicle-miles traveled (VMT) fell by nearly 80 percent in April from January 2020, with the sharpest declines in Los Angeles, Orange, and Ventura counties. Social distancing practices have led to decreased transportation and our overstressed road systems are being used less frequently.

Additional factors need to be reconsidered and redesigned within the Newport Village Project, such as the proposed parking structure on the bay side of Mariner’s Mile that would eclipse the iconic Ladd & Kelsey “Stuft Shirt” Building. Newport Village should take advantage of California’s Assembly Bill 2263, a bill that designates and qualifies historical buildings, while reducing the required parking spaces.

Newport Village should reevaluate the transportation models of driverless cars and additional modes of transportation that could potentially connect each “village” in Newport Beach.

Our parks, waterways and trails have found heightened appreciation among families who are now living, working and learning under one roof. Perhaps these changes are temporary; however, Newport Village has an opportunity to create a wonderful accessible redefined project to bring people together, while also allowing for separation.

Example: street widths could be reduced and sidewalks and bike-lanes expanded. This would benefit pedestrians and increase economic activity through neighboring businesses along this scenic corridor.

Events of the past are what shape our future. This was not the first pandemic and it will not be the last. The need to design for the future is more important than ever before, as we begin to search for positive inspiration with the balance of protecting and preserving the charm along Mariner’s Mile.

In these uncertain times, it will be the locals that will more often than not be the economic base for Newport Village.

Letter to the Editor: Endorsements Reflect Who Supports a Candidate, Not Why

Letter to the Editor: Joe Stapleton Understand the Needs of Residents

Letter to the Editor: Tom Miller Will Protect Our Great City