As an aspiring photographer, William Chase Hall finds inspiration everywhere, and shoots photos of pretty much anything.

“Anytime I get the chance, I go out and take photos,” said the Harbor Day School eighth grader.

And he loves it for a number of reasons, said Hall, a Newport Beach resident.

“Each photo captures your own little moment in time. It’s your little time capsule.”

Photography is also a way for him to relax and let off some steam, he said. If he’s stressed, he’ll take random photos around his house. If he wants his mind to wander, he’ll tote his camera to the beach because, as he notes, “My mind completely drifts to somewhere else.”

Weather really inspires him to get out and shoot, especially the rain.

“It’s the most beautiful and enchanting type of weather,” he said. “I love rain.”

He’s interested in a lot of different forms of photography right now. “I’m very open,” he said, but that will likely narrow as he gets to know his craft.

His current style involves a lot of contrast, dark or bright colors, and unique angles and perspectives.

“I like photos that tell a story,” he explained.

Hall says he was interested in photography “as soon as I picked up a camera when I was younger.”

He first got into photography around age 10, after he took one specific photograph while vacationing in Hawaii that really opened him up.

“I saw how beautiful (the photo) was and how I captured something that I saw, in my own way,” he said.

Hall began borrowing his dad’s cameras to shoot photos, but when he received a Nikon D3000 for his birthday and began pursuing the art of photography in earnest.

His mom, Frieda, said he has a natural talent for the arts.

“I hope he continues. I love some of the work he’s produced so far,” she said.

Hall takes photos for friends and family, and wants to do more.

Hall is hoping to do this as a career, or continue it as a passionate hobby after continuing his education.

In addition to photography, Hall excels at art. Even at age 4 he had an artistic flare, said teacher Stacey Hammond said. He has a wonderful eye and is very creative, she added.

There have been a few teachers that have been very supportive in addition to Hammond, including Leslie Yagar, Siouxzie Salisbury and the recently retired Sarina Sherwin.

“One can’t help to notice how he infuses humor into his art as he has a sophisticated sense of wit,” Hammond said. “Chase is always willing to take risks with his work and that is what sets him apart.”

“He has had phenomenal teachers,” agrees his mother, who added that the school has given him a great foundation for his future.

“He’s a great student,” she said. “He’s had an incredible journey at Harbor Day School.”

He’s had a lot of support along the way, he’s excited about his future.

“In the grand scheme of things, it doesn’t matter what other people say, as long as it makes you happy,” Hall said. “Explore. Take it by the horns. You don’t want to pass up something that would make you the happiest.”

To view some of Hall’s work, visit his Flickr page at www.flickr.com/photos/williamchasehall/

Do you know a student that shines? Email nominations to [email protected] 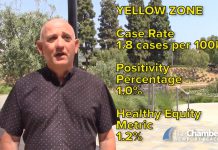