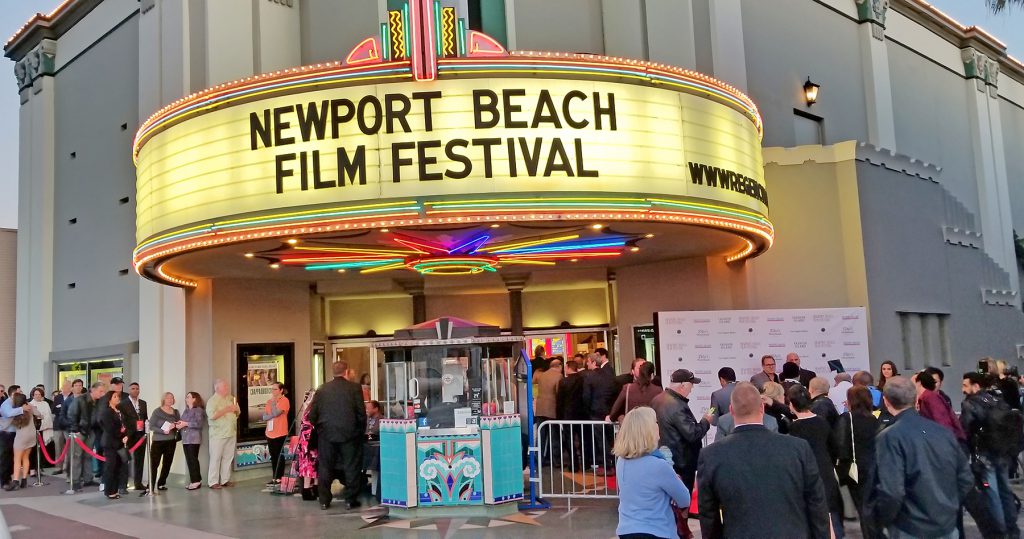 With more than 3,000 films submitted to the Newport Beach Film Festival ever year, who determines which films make the grade and which ones get two thumbs down?

According to festival co-founder and CEO Gregg Schwenk, he and his team of programmers make the rounds of the top film festivals such as Sundance and Cannes to seek out international spotlight films as well as the opening and closing night films.

But for the short film programs, documentaries, music videos, youth films and other categories, volunteers are recruited every fall to watch film submissions and rate them to help determine which of the thousands of submissions make the final cut.

For the past eight years, I have been one of those volunteers. The process is simple but time consuming, and to be honest, somewhat addicting in that you can’t wait to watch the next film with the hope of discovering a hidden gem of a movie.

Here’s how it works: Once the submissions start coming in, they are available to watch online through a special portal on the festival’s website. They are grouped by category (narrative, documentary, short narrative, short doc, animation, music video, etc). Once a category is selected, several films are listed along with their descriptions and run length. Once a film is selected to watch, a new window opens on your computer and the film begins.

One caveat: reviewers agree to watch an entire movie no matter how bad it is. For a five-minute short, no problem. For a two-hour film, that can amount to agony if the film turns out to be bad.

Once a film is viewed, it’s rated on a scale of 1-9 (9 being best) in six categories: cinematography, acting, directing, editing, production and story. Then we give it an overall rating, a few sentences on the reason for that rating, and whether it should be in the festival. Once enough reviewers have watched a film, it gets bounced to the festival staff for their consideration.

So what qualifies me to rate the film submissions?

I’m a former film major who has made films, worked on a film crew and studied filmmaking and the history of cinema, so I have a good basic knowledge of what makes a good film—and what makes a bad one. However, volunteers without experience can still become a reviewer; the festival staff will supply volunteers with reviewing guidelines.

Because my time is at a premium, I usually review short subjects and music videos, as well as some assorted documentaries that look interesting.

Using that system, I watched around 130 films for the 2019 festival—a few less than my record of 191 films that I watched for last year’s festival.

Among those were a lot of marginal films, some real duds, and a handful that I thought might be good enough to be in the festival.

For example, one of the documentaries I reviewed was “Chef’s Diaries: Scotland,” about chefs from a renowned restaurant in Spain who travel to Scotland to discover the native cuisine.

I gave the film an overall score of 9, with these comments: “An exquisite film, perfect production values, fascinating story—I loved this documentary.” And yes, “Chef’s Diaries: Scotland” is in the festival.

Another film I gave a 9 rating to (which did not make its way into the festival) had these comments from me: totally unexpected, loved the black and white cinematography, fantastic camera work and editing, story was compelling with a great twist at the end.”

Of course, there are also the duds.

One film earned the bottom score of 1 from me, with these comments: “Like a David Lynch nightmare that he decided to put on film. Just a bunch of visuals that make no sense.”

A lot of films garnered ratings of 3 to 6, meaning they were not totally bad, but nowhere near acceptable.

One example: that I rated a 5: Another film that had potential but could not carry the concept through to the end—whatever that concept was. Started well but became boring.”

Now you know why less than 10 percent of the films submitted to the Newport Beach Film Festival are accepted. The buck – or in this case, the film – stops here.