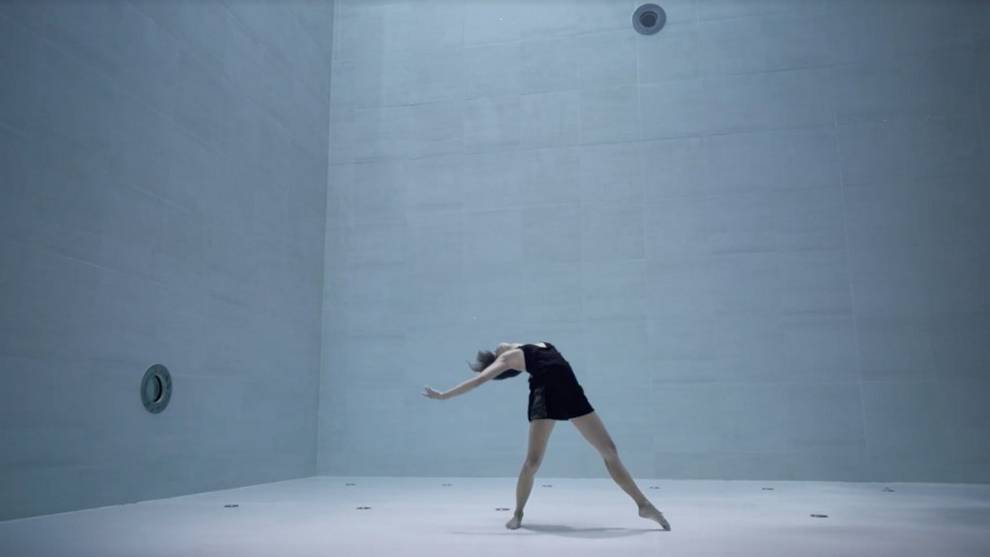 What you need to know: in the end, dance wins, and the human spirit revives.

That’s the underlying theme of the Newport Beach Film Festival’s 20th anniversary program of shorts called “Put on Your Dancing Shorts,” a series of nine thoughtfully curated films that delve deeply into the human psyche.

It’s an apt title, because these shorts pack a punch.

Screening on Thursday eve, May 2 at The Triangle theater complex in Costa Mesa, the program takes us from 1949 Shanghai to New York City circa the 1970s, and from an underwater dreamscape to a colorful Carnivale.

But in addition, this year’s selections embody a haunting emotional quality that resonates long after the shorts end.

The consummate artistry of “AMA,” written, directed, and danced by Julie Gautier, epitomizes this with a gorgeous solo performed under water, a masterful look at the workings of the inner mind that builds to a buoyant finale.

With “Bailaora,” Rubin Stein presents a graphic black and white film set in a war torn village strewn with dead bodies. In an empty church, a ghostly silent dancer with eyes, head, and hands bandaged distracts armed soldiers with her performance while six children seek to escape behind them. It’s both riveting and disturbing, but- wait for it- there’s a nice little twist at the end.

Nathan Johnson meditates on movement in “Caught in the Chamber,” a cool and contemporary piece with a throbbing score that drives dancers practicing in the studio toward their transitions.

Anuradha Rana’s “Counter//Balance,” a duet with one partner using a wheelchair, is a gritty and compelling reminder of the power of dance to propel and release the spirit.

In “Dario,” directed by Manuel Kinzer and Jorge A. Trujillo, a young Latino teen struggles to dance despite his mother’s disapproval, longing to embrace both his authenticity and sexuality.

Kitty McNamee’s “The Yellow Room” evokes a dark and languorous sensuality, while Allison Mattox’s “Echappe,” asks “will he or won’t he?” in an intriguing behind the scenes look at a Russian ballet dancer contemplating defection while performing in Manhattan.

Dance is a subtle subtext in Yufan Ge’s “Worn Shoes,” a touching story about a cobbler who repairs the shoes of a beautiful stranger, but for all that it remains an impressive presence that informs the drama, while in “May the End of the World Catch You Dancing (Que el Fin del Mundo Te Pille Bailando)” director Josemari Martinez muses on a melange of memories. As a violinist and a ballerina share what seems a lovely moment in time, flashbacks reveal the horrors of war and scenes shift from the happiness of childhood to the tragedies of refugee camps.

Poignant, powerful, heartbreaking and unforgettable, “Put on Your Dancing Shorts” offers a diverse and impressive lineup that evolves into a journey that’s not for the faint of heart, but is rife with rewards.

Ultimately, only three words are really necessary: Go. See. It.