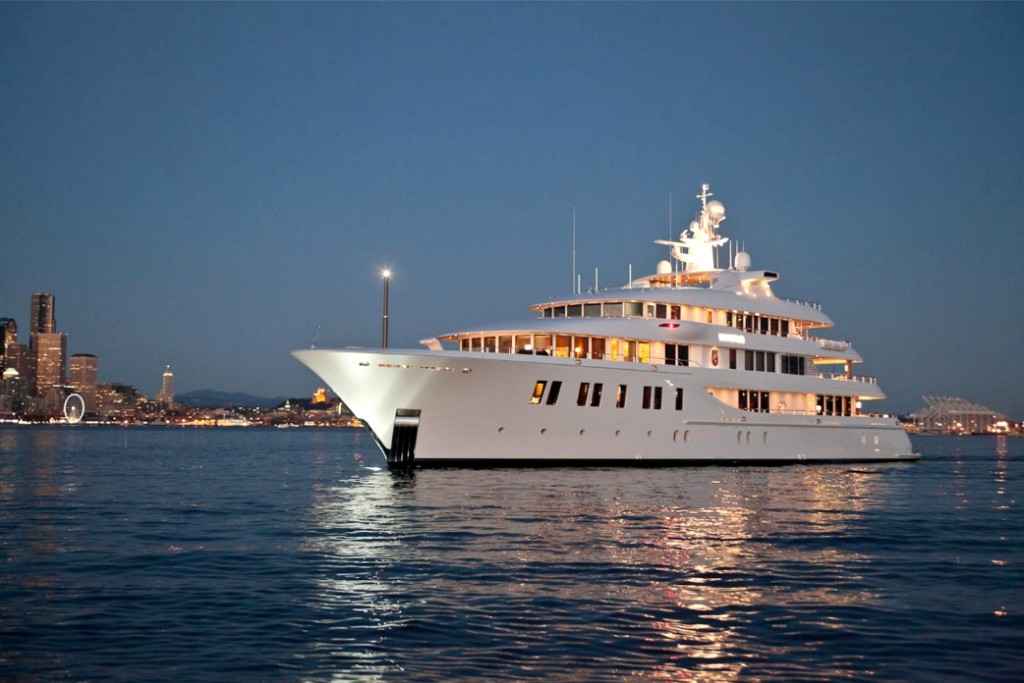 Newport Harbor may be the new temporary home of two “mega yachts” if the city approves special permits that will allow the large vessels to moor in the harbor for a short period of time.

The commission was approached in July to consider allowing the 216-foot Invictus to temporarily moor in the harbor for two months. Coincidentally, at the same time, the 130-foot Marama made a similar request. .

“We also communicated with the owners of each of the yachts to gather information about the characteristics and capabilities of their vessels, including items such as generator noise, lighting, crews and other items that may affect nearby residents,“ Girling wrote. “And, the owners of each of the yachts have close ties to Newport Beach, are supportive of our harbor, and care deeply for its reputation as a world-class destination.”

From their findings, the turning basin near the west end of Lido Isle was found to be the best suited for the large yachts.

At the Aug. 14 meeting, the subcommittee recommended that the Harbor Commission advise Harbor Resources Manager Chris Miller to approve the requests.

Both permits included special conditions regarding payment of fees, indemnification, no obtrusive lighting or exterior lighting, no loud music, and more.

The permit for the Invictus, owned by developer Rick Caruso, will allow the ship to moor in Newport Harbor between Aug. 26 and Oct. 31. The city does not anticipate that the yacht will be in the harbor every day between that period, according to the staff report.

The vessels are not allowed to be in the harbor at the same time.

Promoting the harbor as a “preferred and welcoming destination,” is one of the objectives of the commission, Girling pointed out.

“If we are successful, Newport Harbor will be viewed as a more desirable destination for visiting boaters, and ultimately as a world-class harbor,” he continued. “Granting a mooring permit for these two yachts is consistent with this objective.”

“We are trying to make Newport Harbor a more visitor friendly harbor for all classes of boats, both big and small,” Miller said. “I think we’re doing a good job for the 25 to 70 or 80 (foot) range, but we haven’t made any efforts to welcome the larger vessels.”

“It was from this perspective of promoting Newport Harbor as a destination point for larger vessels that the subcommittee approached these two vessels’ requests,” the staff report reads.

Vessels utilizing the off-shore moorings are, on average, in the 25 to 70-foot range, Miller said.

The harbor can accommodate visiting vessels in this general size range with “relative ease,” according to the staff report from the Aug. 14 meeting, “by providing moorage or available dock space at some of the larger boat marinas.”

“There are larger vessels in the harbor,” Miller said. Driving along Mariner’s Mile, for example, large vessels in the 100 to 140-foot range can be seen, he said.

But the 216-foot, 586-ton Invictus is “definitely out of the normal range,” Miller explained.

Feedback from the public is welcome, he added.

Miller said there have definitely been comments on both sides of the issue, in both support and opposition of the idea.

In a letter made public on the city’s website with the Harbor Commission’s Aug. 14 agenda, resident Pamela Whitesides objected to the proposal.

“I understand the commission wants Newport Beach to be a destination for multi-millionaires’ yachts and cruise ships, to stay months in front of homes, at the expense of the property owners as well as at the expense of the magical beauty of the open water of the bay,” Whitesides wrote. “In my opinion, you short-change the visual impact of the open bay from the bridges, restaurants, wedding cruises, sailors, power boaters, kayakers, stand-up paddle boarders and others. It’s beauty is what makes people want to come here to see it, to recreate, to spend money to eat and shop here, and to pay dearly to live here.”

She continued with several questions and concerns regarding the large visiting vessels.

Whitesides isn’t the only one. Other residents have written to letters or otherwise complained about the permits.

And although some of the questions have been addressed, some residents still have concerns.

There have been positive comments as well.

“There appears to be a great deal of support in the community to have these yachts moored in our harbor,” Girling noted. “I believe many residents are looking forward to their arrival.”

Miller suggested that residents wanting to voice their opinion to write a letter or an email to him and copy members of the Harbor Commission and City Council.

It is just a test run of the idea, Miller explained.

Officials will monitor how the “trial period” goes, evaluate the positives and negatives, and then have a discussion at a public meeting of what to do next, Miller explained, whether that’s going forward with a plan or nixing the idea all together or something in between is unknown.

“I believe we will be very deliberate and measured about granting mooring permits in Newport Harbor for large yachts in the future,” Girling said.

The Harbor Commission will review all future requests in the same manner, he explained.

Girling praised Miller and the Harbor Resources Department staff for their time and efforts.

“Chris (Miller) and his team do a terrific job for the residents of Newport Beach to ensure that we have such a beautiful harbor,” he said. “And, as a result of their efforts, the members of the Harbor Commission are always fully informed when it comes time to making decisions. Our Harbor Resources team expended a great deal of time and effort with this current mooring request, both before and subsequent to the decision, and they should be commended for their efforts.”

[Editor’s note: As of press time, the permits had not yet been granted.]