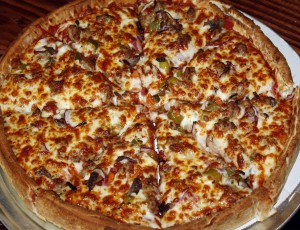 A handful of restaurants specializing in pizza have opened in the city over the last couple of months, and we’re on a mission to try them all (look for our special pizza-lovers column next month).

We’re particularly excited about Fresh Brothers, which opened last month in the Harbor View shopping center near Gelson’s. It’s the first Fresh Brother’s restaurant in OC (they have a dozen in L.A.), but certainly not the last.

There are indeed three brothers involved in Fresh Brothers (Adam, Michael and Scott Goldberg), all of whom grew up in Chicago, where pizza is king. They came to California in 2008 and opened the first Fresh Brothers in Manhattan Beach, followed by another, and another.

Their secret to success involves fresh ingredients, friendly service, and a commitment to give back to the community by hosting fundraisers and hiring local

kids to work in their store.

Fresh Brothers offers a fresh California twist on pizza. They offer thin crust, skinny crust and deep dish pizza, along with buffalo chicken wings and other appetizers that are baked, not fried. They also offers salads with 45 ingredient options and 15 dressings.

Fresh Brothers has the largest gluten-free and vegan menu of any pizza place we’ve visited (and we’ve been to a lot). Among the many vegan options are vegan cheese, vegan “chicken” bites and even vegan ranch and blue cheese dressings.

We’ve been to Fresh Brothers four times since they opened and plan to go back again. Catherine has been on a gluten-free vegan diet in August and really liked the special dietary options, while Christopher has chowed down on various thick crust pizza concoctions (including one loaded with anchovies), their meatball sliders served on King’s Hawaiian sweet rolls, the fresh knots (garlic bread tied in knots), the buffalo wings, and the vegan tenders, which Christopher orders every time he goes to Fresh Brothers.

In our opinion, Fresh Brothers is the perfect neighborhood pizza joint that serves great pizza at a great price. 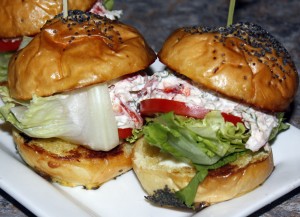 We’re not avid bowlers (Christopher once bowled 200 and then retired), but we might be getting hooked on bowling thanks to the new Tavern+Bowl at The Triangle in Costa Mesa—although it’s the food that scores a strike.

Tavern+Bowl has 10 bowling lanes and an advanced scoring system that lets you post your score on social media sites (assuming you are that proud of your score).

The venue has some two dozen large, flat-screen TVs placed throughout the large dining room and bar adjacent to the bowling lanes.

But back to the menu. This is not your typical bowling alley food, and for good reason: the chef is Scott 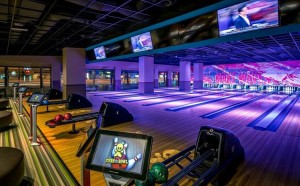 There are also vegetarian, vegan, gluten free and Paleolithic options on the menu—try getting those at an ordinary bowling alley. 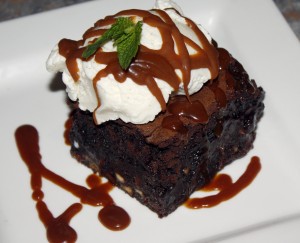 Tavern+Bowl also has a lengthy list of specialty cocktails and draft beers, and happy hour specials (3 to 6 p.m. Monday through Friday and 10 p.m. to close Sunday through Wednesday). Tuesday is taco night, Wednesday is trivia night, and Thursday is martini madness ($5 martinis).

Come for the food, stay for the bowling, it’s a fun and tasty experience any way you look at it.

To pair with the cocktails, you can create your own tasting plate from a variety of French, Spanish and Italian options.

Christopher also tried several appetizers, including the melone and burrata, and the sea scallops, both beautiful presentations that tasted as good as they looked.