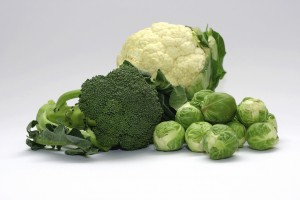 Although I’m a longtime vegetarian, you will not hear me say I’ve just gotta have that curly kale. No, chocolate cake is it for me, my number one, top-of-the list craving.

The fact I rarely eat chocolate cake is a testament to my resolve and will power not to go buy it. But if presented to me, I admit, it is hard to resist.

I am not alone in the journey to quench one’s ultimate taste bud. Everyone has their own unique craving such as mac and cheese, French fries, or maybe rocky road ice cream.

Comments such as “Oh, wow, I’m craving calcium,” or “My mouth can just taste those essential fatty acids,” are typically not heard when raiding a refrigerator in the middle of the night. It just doesn’t happen that way. Taste buds are geared for pleasure, not nutrition.

But if the body could enable the use of a smartphone to divulge its cravings, it would text “Man, I could sure go for some probiotics right now.” A healthier planet we’d be.

Cravings aside, good nutrition is essential to building a healthy body, and vitamins are nutrients that bodies require in various amounts to stay strong and healthy.

Most people should be well aware of vitamins A, B, C, D, E, and F. Or at least read about them on the back of their multiple vitamins.

But what about K?

Yes, it’s a vitamin, but not named after an alphabet letter. It’s short for the German name, Koagulations-vitamin, and is an essential nutrient that regulates normal blood-clotting. There are various forms of the vitamin we call K (K1, K2, K3) and all are fat-soluble compounds, stored in the body’s fat tissues. They are known as naphthoquinones. Vitamin K1 is present in plants where it is used in the process of photosynthesis. K1 is synthesized into K2 by animals (that includes humans) that eat the plants. And K3 is one of several synthetic forms of the vitamin.

Though deficiencies are rare, the lack of K can cause defective blood clotting, increased bleeding and osteoporosis. Those at most risk for deficiency include people with chronic malnutrition, alcohol dependency, and health conditions that hamper absorption of dietary vitamins.

Some symptoms include easy bruising, gastrointestinal bleeding, excessive menstrual bleeding, and blood in the urine.

Since vitamin K also assists in the transport of calcium throughout the body, it has gained much attention in the battle to reduce bone loss, decrease bone fractures and help in preventing calcification of arteries and other soft tissue.

Newborns are usually given a shot of vitamin K at birth to prevent hemorrhagic disease of newborn, also known as vitamin K deficiency bleeding (VKDB) due to their intestines lacking the gut flora to assimilate the vitamin.

Once breast-feeding begins, the mother’s milk helps colonize the infant’s colons with the flora within 5 to 7 days and vitamin K can be absorbed.

Most people who eat a healthy, balanced diet should receive enough of this vitamin from the foods they eat. It’s best to get vitamin K from foods that contain the highest amounts. This unfortunately does not include chocolate cake or other processed comfort foods. Instead choose leafy greens such as kale, Swiss chard, parsley and spinach. The cruciferous vegetables such as broccoli, cauliflower and Brussels sprouts are also chock-full of this nutrient. Fermented foods like yogurt and certain cheeses, and soy products such as miso and natto, give the body the vital K2 that helps increase bone density, reducing the risk of fractures.

There are some anticoagulant drugs that intentionally block the role of vitamin K, and people who take these prescriptions need to watch their dietary intake of the foods that contain this vitamin.

They should never take supplemental vitamin K. High doses of aspirin and quinine may increase the need for the vitamin; while antacids can decrease the absorption of it.