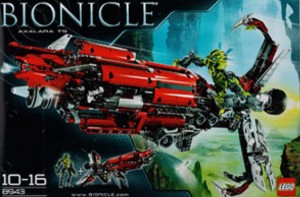 As a community, we’ve been mourning the loss of nine-year-old Julian Dunn. This past July, his sweet soul left his tired and cancer plagued body. We’ve all missed him something fierce.

I received a phone call recently from his mom, Andrea. Knowing Wyatt shares Julian’s passion for Legos, she wondered if he would like to have some of Julian’s.

Like the soft serve swirl ice cream of equal parts chocolate and vanilla, my heart had an impossible-to-separate feeling of awe and sadness.  Awe for a mother’s generosity—her ability to, while grieving, think of others. Yet sadness that she should have to wonder what to do with her precious boy’s treasures in the first place.

Accepting the offer of some Legos was tricky. On a small scale it reminded me of my father-in-law’s heart transplant. A gift made possible, only in the worst of circumstances for the giver.

I told her Wyatt would absolutely love them – whenever she was ready.

Our life, busy with kids, work and school continued.  Wyatt had a speech due in class the following week. The topic – an interest or hobby. Something important to him. Of course, he chose Legos.

He practiced his speech in front of me. One thing that was really stumping him was the part on Bionicles.  He wanted one to show the class. He asked a few times if I would take him to Wal-Mart – his last hope of where he may find a Bionicle because Lego stopped making them and rolled out the new version (Hero Factory) a few years back.

I half listened to Wyatt chattering Lego jargon. Bionicle this, Bionicle that. Our weekend was busy, we just never made it to Wal-Mart, and his speech was the next day.

“You can get one online,” I told him.  You don’t really need it for your speech, you just want one to play with.”

When he got in the car after school and I asked him about his speech, he seemed pleased with himself.

We pulled up to the house and I was still dawdling at the car, collecting things, when I heard Wyatt yell, “MOM!” I turned around and saw him running towards me with a bag. It was a bag full of Legos that Andrea had left on our doorstep. Of the vast and diverse Lego collection Julian amassed, Andrea could have filled the shopping bag with anything. Yet, perched just near the top was a blue Piraka Bionicle.

There was no doubt in my mind that Julian sent it especially for Wyatt.  A direct gift from Heaven.

Wyatt was beside himself with excitement and didn’t let go of it the rest of the night.  Taking it apart, putting it back together. Bringing it in the bath with him.

The next day Wyatt told me, “Mom, it’s weird. When I was putting the Bionicle together, I was like, shaking.”

“Why? Were you nervous?”

A swirl soft serve smile of awe and happiness spread across my face.

Julian was with Wyatt.