Officials approved the dates of Jan. 14 through 27 for the 2019 Newport Beach Restaurant Week at a recent meeting, although there was some discussion as to the best dates for the event, which is generally held the last two weeks of January.

At the Newport Beach Restaurant Association Business Improvement District meeting on Wednesday, BID board member Thad Foret of The Winery Restaurant noted that January 25-27 is the annual National Association of Music Merchants show in Anaheim, and his restaurant sees a lot of corporate diners from that event. He wondered about moving the dates earlier in January to avoid conflict with the NAMM show.

Katy Dennis, the Senior Director of Marketing for Newport Beach and Company and a liaison with the Restaurant BID, explained that consumers are just getting out of holiday mode in early January and back into work and school mode, so starting in mid-January seemed to be preferred.

“Our first week (of Restaurant Week), we are slow, then things pick up,” said Foret, who added that “hotels in Anaheim are packed (due to NAMM). People stay down here and spend corporate dollars.”

He said The Winery is fine keeping Restaurant Week dates as suggested, but was just curious about other options.

Other restaurant representatives on the BID board also noted the trend of starting slow and gaining momentum into the second week. Everyone agreed that starting in mid-January was preferred.

There was also a brief discussion about reverting back to a single week as opposed to two weeks (the annual event was expanded to two weeks several years ago), but Dennis explained that “having that second week allows consumers to try more restaurants.”

The Restaurant Week kick-off event was set for Jan. 10 at the Lincoln Experience Center at Fashion Island, the site of last year’s kick off event. Media will be invited from 5 to 6:30 p.m., while the general public can purchase $40 tickets to come from 7 to 9 p.m. and enjoy cuisine from seven restaurants along with beer and wine.

“We saw great success last year,” said Dennis. “We sold out in less than a week,” which is why they are making a slight increase in ticket prices for 2019. 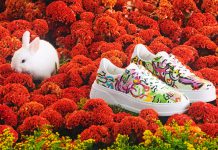 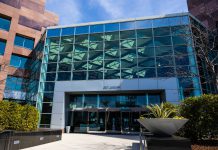