SoCal-based author and attorney, M.C. Sungaila, a resident of Newport Coast, has announced the release of an all-new companion journal that will accompany her successful book series, “Mother’s Thoughts for Day: Twenty-Five Years of Wisdom.”  The series, which compiles decades of her own mother’s wisdom delivered daily by handwritten letter and later by text message, was written to strengthen family bonds and inspire readers – particularly women and girls – to achieve their dreams.

The newest addition to the inspirational book series gives readers an opportunity to share their own advice with their children in a keepsake volume. The guided journal will be available for presale starting March 10, 2021.

The first book in the series, “Mother’s Thoughts for the Day,” an IPPY Silver Medal winner in the gift book category, shares over 25 years of inspiring and motivating quotes and motherly advice sent by her mother every day from the outset of M.C.’s legal career.

“The letters came to my office by snail mail for many years. Alongside business mail, each day, there would be a letter on stationery with ‘Mother’s Thoughts for the Day’ emblazoned across the top and a positive quote or inspiring observation,” says Sungaila.

Those letters made a difference for M.C. in remaining resilient on tough days and succeeding in her career, and she thought others would benefit from the advice too.

“My mother has a very strong instinct about the exact words each person needs to hear at any particular moment in their life to help elevate and inspire them,” says Sungaila. “I recognized the impact her words had on my life and thought perhaps someone else may need to hear the exact words that inspired me, which is where the idea for creating this series came from.”

In 2020, the second book of the series, “More Mother’s Thoughts for the Day, was released, which expands on the beautiful demonstration of a mother–daughter relationship and provides more support and motivation for others to achieve their dreams. 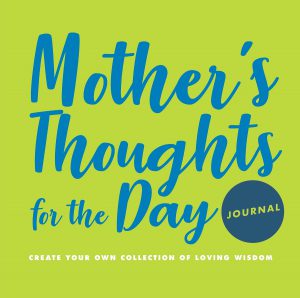 Each book has benefitted a local charity. A portion of the sales of the first book supported the Pacific Symphony’s arts education program, which provides people of all ages and circumstances with lifelong musical experiences and opportunities. M.C. serves on the Pacific Symphony board of directors’ executive committee.

For more information on the books or to purchase a book or related merchandise, visit https://mothersthoughtsfortheday.com.

M. C. Sungaila grew up in California and Michigan, and now lives in Newport Coast. She is an accomplished appellate lawyer, having been repeatedly named a “Notable Appellate Practitioner” by Chambers USA, Chambers & Partners (2013–2020), and recognized by the Daily Journal, Daily Journal Corporation as one of California’s 100 Leading Women Lawyers (2005, 2010–2020). She is the recipient of two back-to-back California Lawyer of the Year (CLAY) awards for precedent-setting California Supreme Court and Ninth Circuit decisions.

Deeply committed to pro bono work, Sungaila has served as counsel of record in one or more pro bono appeals each year for over 20 years, before the US Supreme Court, international courts, and other intermediate appellate courts. At the age of 29, M.C. took on and helped win a case before the US Supreme Court and has served on various nonprofit and bar boards for 25 years.

Sungaila has been honored for her sustained commitment to community service and pro bono work. In 2017, she was awarded the Ellis Island Medal of Honor, whose recipients include seven US presidents, Nobel Prize winners, athletes, leaders of industry, artists, and others whose work has made a lasting impact on humanity, for her combined professional achievements and humanitarian and pro bono work.