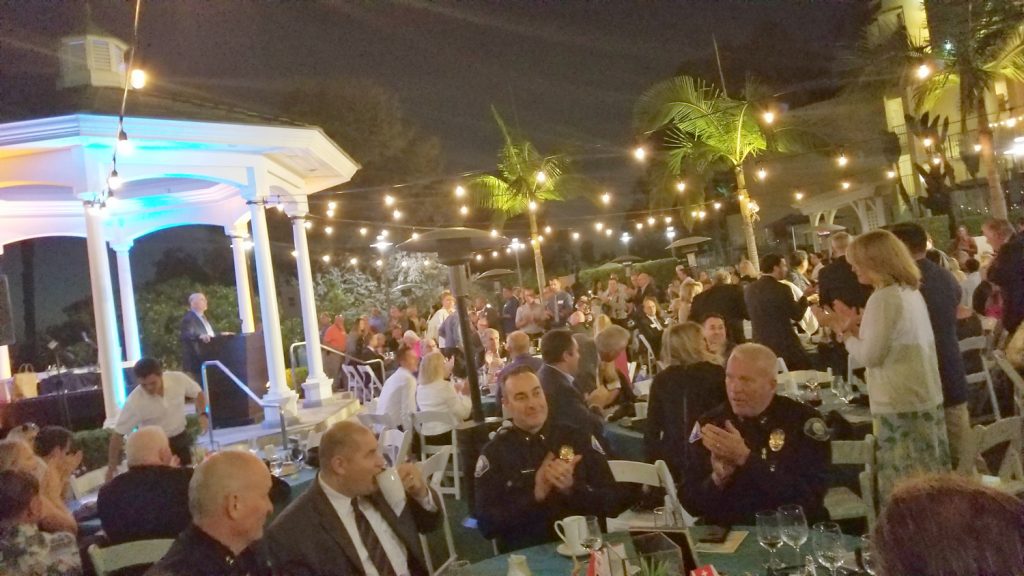 According to the Newport Beach Fire Department, Fire Captain Glenn White was selected as the Newport Beach Firefighter of the year through a department-wide vote. Captain White has been in the fire service for 34 years with the last 30 serving the citizens of Newport Beach. He is a Level II Fire Investigator, Past President of the Orange County Arson Task Force and serves as the department’s Terrorism Liaison Officer. He is currently stationed at Balboa Island Station #4.

Lifeguard Captain Jon Mitchell just completed his 31st year serving the residents of Newport Beach. He has worked in all three lifeguard beach Divisions and was very influential in the development and growth of the Junior Lifeguard program. Captain Mitchell currently works in Corona Del Mar.

Seasonal Lifeguard Eric Smith has served as an Ocean Lifeguard with the City for the past 13 years. Eric worked in Division 1 in West Newport for the first eight years of his career and promoted to Unit Operator in 2009. In 2013, Eric transitioned to the Junior Lifeguard Program and was quickly promoted to becoming a Junior Lifeguard Group Leader.

Congratulations to all of the honored first responders. 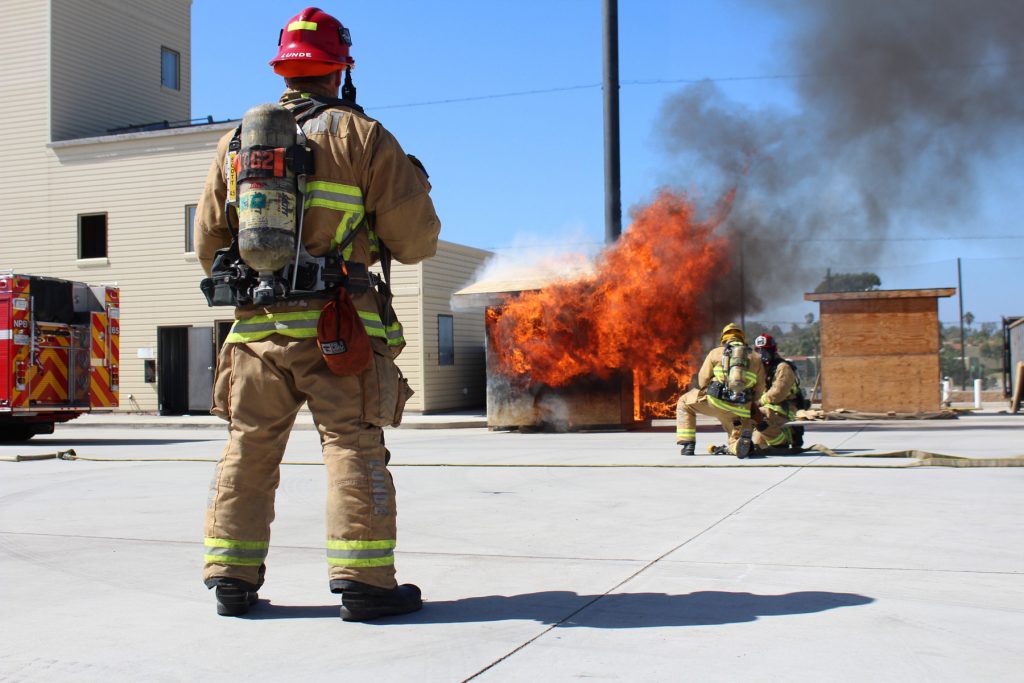 Fire personnel conducted tours of the station, demonstrated fire gear and prevention, and even grilled free hot dogs and hamburgers for hungry visitors.

Fire Captain Ron Gutierrez emceed the event and led the audience in a moment of silence for victims of the recent Las Vegas shooting.

The highlights of the annual event were the demonstrations, when fire trucks, engines, and ambulances rolled in to perform dramatic, staged rescues and other duties.

Visitors were treated to a human rescue in a burning house, the extinguishing of a wild structure fire, and a vehicle extrication, which involves removing the doors and roof of a car, then safely removing a trapped “person” inside (a dummy was used for the extrication). 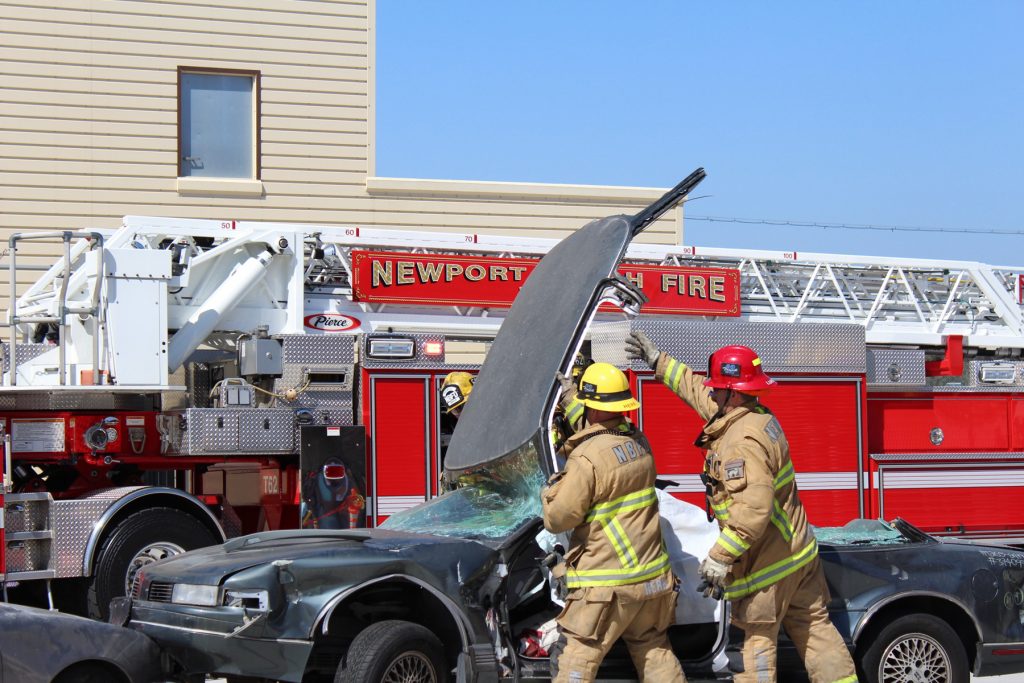 Between demonstrations, kids enjoyed a bounce house and face painting. Some got to sit in the driver’s seat of a fire engine or climb aboard a Newport Beach Lifeguard rescue wave runner.

Jared Cervantes tried on all of the fire-fighting gear with one of the department’s Explorers, young adults ages 15 to 20 in training for a career in Fire or Emergency Services. Explorer Grayson Breland helped Cervantes properly wear the many pounds of protective clothing, boots, and helmet.

“It’s a bit heavy,” Cervantes said with a smile. He guessed that the entire ensemble weighed about 50 pounds, but didn’t mind a bit. He intends to be fire fighter himself someday.

When the fun of Open House was over, the department went back to work.

As of Tuesday, the Newport Beach Fire Department had lent five engines, one truck, and a variety of fire personnel to the devastating Canyon Fire 2 in Anaheim Hills. Their main duty was structure protection and preventing flames from overtaking homes in the fire’s path.

The Anaheim Fire Department had the aid of several nearby fire departments and said that 242 fire engines, 33 hand crews, 13 helicopters, five air tankers and five bulldozers assisted with the massive blaze.