Like so many locals, I have fond memories of my parents taking my brother and I to the Crab Cooker, waiting outside on the wooden benches, munching on bread sticks and waiting for our name to be called so we could enter the hallowed halls and rejoice in a sensational seafood experience.

If any restaurant deserves to be called an icon, it’s The Crab Cooker Restaurant and Fish Market. It’s been a fixture on the Balboa Peninsula in Newport Beach for over 70 years, and remained popular until The Crab Cooker building sustained structural damage, requiring a complete rebuild. Complete. Down to the foundation.

A near replica of the Crab Cooker – call it a spitting image – has been constructed at the original location, and has officially reopened, paper plates and all. 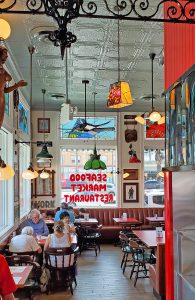 “We have gone to painstaking detail to preserve the look, feel and even the décor,” said the Crab Cooker owner Jim Wasko, son-in-law of founder Bob Roubian, who passed away in 2017. “Return visitors will feel right at home, and new visitors will feel as if they did not miss a thing.”

Feeling right at home means waiting an hour for a table, and eating pricy seafood on paper plates. Traditions die hard in Newport Beach, and the Crab Cooker is no exception. It’s a worthy tradition no matter the wait. Oh—and the giant fish atop the Crab Cooker roof with the caption “Don’t Look Up Here” has proudly regained its prime spot.

The Crab Cooker opened its doors in 1951, and was one of the first restaurants to introduce the now widely popular concept of mesquite-grilling. Well known for its homemade bread and Manhattan chowder, the Crab Cooker has been a favorite of fisherman, locals, visitors and Hollywood celebrities alike, including John Wayne and James Cagney.

“The casual atmosphere and comfort of the Crab Cooker is exactly what we all need after this past year and a half,” said Wasko. “We can’t wait to welcome back family and friends, old and new. 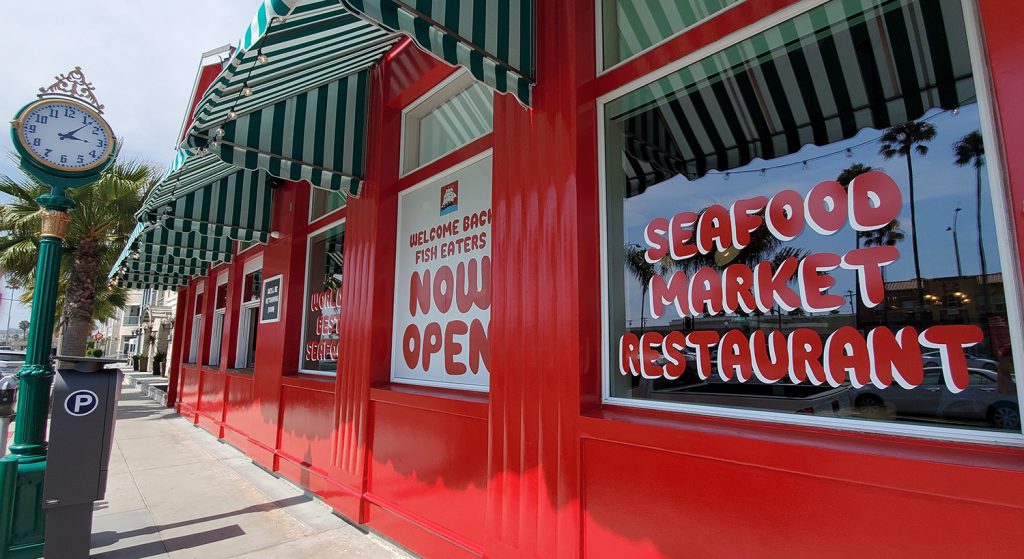 And if you’re wondering, the menu is very familiar. My suggestion: start with the Fisherman’s Bread loaf and the clam chowder (housemade secret recipe). After that, indulge in smoked fish, oysters, clams or mussels, or maybe a blue plate special (probably the last restaurant in town to offer this chowder, fish salad and coffee combo).

The Crab Cooker also has a small fish market so you can try to recreate your perfect Crab Cooker meal at home.

The Crab Cooker restaurant is at 2200 Newport Blvd. Visit the restaurant online at www.TheCrabCooker.com. 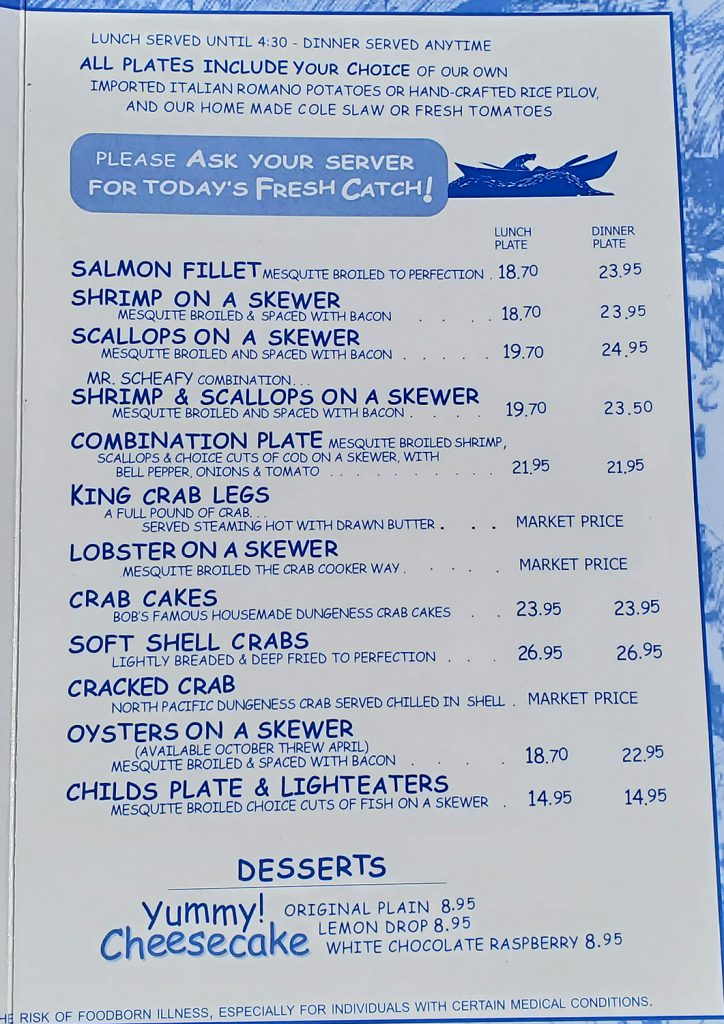