Now comes Orange County Restaurant Week, and it actually lasts just seven days (March 8–14), but twice as many restaurants are participating, and not just in Newport Beach — although we do have more than 40 local restaurants on board this year. That’s nearly a third of the list, which, to me, means we have some impressive restaurants in our town.

During OC Restaurant Week, participating restaurants in Orange County will offer special three-course menus, many with a cocktail or signature item at no additional charge. Each restaurant will be showcasing its best dishes, created by talented chefs who love to introduce patrons to their individual culinary styles.

This year’s festivities will kick off with an official launch party on March 7 from 2 to 5 p.m. at Marriott Irvine Spectrum. Guests attending the cocktail party will have the opportunity to experience an array of bites prepared by more than two dozen OC Restaurant Week participants, including such Newport eateries as Back Bay Bistro, Cucina Enoteca, Fig & Olive, Great Maple, and Tommy Bahama. There will also be cocktails and wine.

Tickets to the kickoff party are $75 for general admission, and $100 for VIP, which includes a 1 p.m. entrance to the event.

I’ll be exploring some of the OC Restaurant Week menus in next week’s Off the Menu column.

Another participating restaurant is Taco Rosa in Newport Beach, but the classy ode to Mexican cuisine has just launched another menu special that will last long after Restaurant Week has ended.

Taco Rosa Chef/founder Ivan Calderón has introduced tablitas to his menu. Tablitas means little planks in Spanish, but there’s nothing little about the Taco Rosa tablitas.

“My focus is about honoring our ancestors, the earth, and our bodies, but we can’t overlook the soul,” Calderón said in a press release announcing the new dishes. “We all need to unplug and make time to reconnect with family and friends. My Tablitas for Four were designed to bring people together to share a meal.”

The Taco Rosa tablitas, or platters, are offered with both traditional and seafood options.

“A taquiza is basically a family-style dining experience, where family and friends gather to enjoy each other’s company over good food and drinks,” Calderón said in the press release. “This tablita features a little taste of everything, so guests can craft their perfect taco.”

I have been crafting my perfect taco at Taco Rosa for several years, so I’m looking forward to trying these new platters with a few friends — or maybe just hog one all to myself!

And for those unfamiliar with Taco Rosa, or sister restaurant Taco Mesa, they were founded by Calderón nearly three decades ago with three watchwords: Authenticity, sustainability and quality. He is committed to serving only locally sourced GMO-free corn which involves a nixtamalization process that dates back to 1200 BC. The process reportedly takes hours, but it removes nearly all aflatoxins from corn. Aflatoxins are a family of toxins produced by certain fungi that are found on agricultural crops such as maize (corn).

Bello Restaurant opened to great fanfare in November in the Newport North shopping center at Bison Avenue and MacArthur Boulevard (in the spot vacated by Pita Jungle).

I attended a media tasting and was impressed with authentic cuisine, and the gorgeous space with large murals and classy yet comfortable décor.

Chef/owner Sandro Nardone was born in a small town located between Rome and Naples, and was raised by parents who ran a small chain of restaurants, with his mother, Giovanna, as chef.

Nardone’s concept with Bello is to offer a combination of traditional authentic Italian food and modern dishes in a style similar to that served at the top restaurants in Italy.

In January, Nardone introduced a lunch concept he dubbed “lento o veloce” (translation: “slow or fast”), so guests can choose between an express lunch or a more leisurely repast. That too was a delicious dining experience (the pizzas are perfect).

Now, Nardone has introduced a Happy Hour called aperitivo — with an Italian twist, of course.

“Italian ‘aperitivo’ is similar to ‘Happy Hour’ here in the States,” Nardone said. “The term refers to a pre-dinner drink meant to open the palate, and it gives guests an opportunity to socialize, relax, and nibble on small plates at the bar.”

One of his most popular creations is the cappuccino negroni with Templeton Rye, Campari, Caffe’ Borghetti amaro, Angostura and milk foam. Another signature cocktail is the Mare Blu, a blend of vodka, grapefruit juice, lime, triple sec and blue curacao served in a glass that has been rimmed with dried chili and lime.

“When conceptualizing Bello it was important for me to have a large bar with great drinks, great service and terrific energy,” Nardone said. “In Italy, bars are a critical part of the culture – your bar family is an extension of your regular family. I wanted to capture a bit of that for Orange County to experience.”

Off the Menu: Chefs Serve Funds for Charity 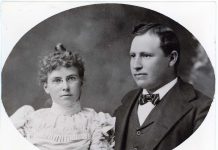 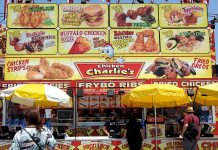