Skip the tux and say farewell to fancy gowns and designer shoes—galas have gone online, and nonprofits are reaping the rewards.

The latest to host a successful online event is Olive Crest, which held its Wine, Women & Shoes benefit luncheon on July 11. Originally scheduled for April at the Fashion Island Hotel, the luncheon was postponed until August due to coronavirus concerns. After the Fashion Island Hotel announced it would remain closed through the end of the year, Olive Crest went to plan B and transformed Wine, Women & Shoes into a virtual event.

The organization announced that registration for Wine, Women & Shoes would be free, but a VIP option for $150 gave donors a bottle of wine and a cute swag bag delivered to their home prior to the live broadcast. That concept resulted in nearly 300 supporters tuning in to the virtual luncheon, which raised $100,000 for Olive Crest. 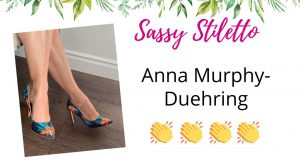 The excitement began on July 1 with a silent auction open for bidding, as well as a virtual marketplace, with a percentage of sales benefiting Olive Crest. Opportunity tickets could also be purchased for the Key to the Cellar (winner Sarah Pringle received 30+ bottles of premium wines, a handful of magnums and a tasting tour at Laird Family Vineyard in Napa Valley), and Key to the Closet (winner Lauren Post received $8,000 worth of goods including a four-night Napa vacation, yoga classes, massage at the Waterfront Hilton Spa, and fashion accessories).

At last year’s event, attendees could enter contests for Best in Shoe. That continued this year with supporters submitting photos in the categories of Playful Pump (won by Mickie Villanueva, a longtime supporter of Olive Crest) and Sassy Stiletto (won by Olive Crest supporter Anna Murphy-Duehring). 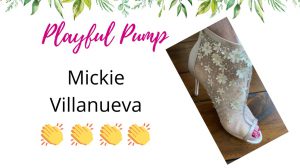 Men also had a presence at the event. The Shoe Guys group of philanthropic gentlemen collectively raised nearly $6,500, and the Shoe Guy who raised the most money, Marquis Allen ($2,147) was crowned King of Sole during the live broadcast.

The broadcast was hosted by master auctioneer Zack Krone and actress Lizz Carter Clark, who helped spur on the live auction bidders and announced winners.

Although the live event has ended, there’s still an opportunity to donate to Olive Crest and have donations counted as part of this event. Visit https://www.betterunite.com/winewomenshoesoc-winewomenshoesorangecounty.

About Olive Crest: Since 1973, Olive Crest has transformed the lives of more than 100,000 abused, neglected, and at-risk children and their families. The nonprofit works tirelessly to meet the individual needs of kids in crisis by providing safe homes, counseling and education for both youth and parents. The many innovative programs offered reflect its conviction that strengthening the family is one of the most powerful ways to help heal children. Visit https://www.olivecrest.org/.