One of the last pre-pandemic events I attended was a Pacific Symphony gala in March of 2020.

Who knew that days later COVID-19 concerns would prompt postponements and then cancellations of concerts and the rest of the symphony’s 2019-2020 season.

For nearly 18 months, the Pacific Symphony was silenced, although the symphony offered myriad online opportunities to connect with musicians through weekly discussions and performances.

Those online musical treats continue, but the real treat arrives on Thursday, Sept. 30 when the Pacific Symphony launches its 43rd season at Segerstrom Center for the Arts.

Hosted by the Symphony’s board of directors and chaired by Judy Whitmore, this special event honors Sally Segerstrom, Sandy Segerstrom Daniel, Susie and Steve Perry and Rae and Ted Segerstrom. Funds from the event support the Symphony’s artistic and education programs.

The festivities begin with a cocktail reception and gourmet dinner al fresco on the Julianne and George Argyros Plaza. The theme for the evening is “A Notable Gathering” which was coined by Event Chair Judy Whitmore to celebrate not only the Symphony’s return to the Concert Hall, but the organization’s resilience during the pandemic and to express gratitude to the Pacific Symphony family that made it possible.

“Emanuel Ax is a consummate artist and one of the most profound pianists I’ve had the opportunity to know and to work with,” said Music Director Carl St.Clair. “And he’s rarely been with us: just one other time in my 32 years as music director. So, naturally, we’re just ecstatic to welcome him back to perform with us. Having him do a Mozart piano concerto will be pure virtuosity and in such a classic, elegant way.”

During the intermission, the Opening Night festivities continue with a lavish champagne reception in the Box Circle Lobby. Revelers will have the opportunity to toast the return of live music before going back into the hall to enjoy the final piece on the program, Tchaikovsky’s Symphony No. 5.

A post-concert reception on the plaza with the sounds of live jazz caps off the evening.

Music Director Carl St.Clair commented, “Pacific Symphony musicians and I are so happy to be reuniting with our audiences. From the bottom of our hearts, we welcome you all back and invite you into our musical home once again. The musicians have continued creating great art online during pandemic, but nothing compares with performing for you live in our concert hall. Orange County audiences have come to appreciate a combination of innovative new works, neglected but not forgotten works of the past and classical favorites. In 21-22 we will offer three world premieres, first-time Pacific Symphony performances, and I am very excited to produce the ambitious opera, Verdi’s ‘Otello,’ which was the first opera I conducted. Lastly, I greatly look forward to partnering with David Ivers, artistic director of our beloved neighbor South Coast Repertory, on ‘The Mozart Project.’”

President John Forsyte added, “Our patrons were amazing throughout this difficult year, offering encouragement, donating tickets and making financial contributions which enabled us to keep symphonic and chamber music alive. After a year’s hiatus from performing live concerts in the hall leading to streamed concerts online, Carl and I are thrilled to be able to announce the orchestra’s return to the acoustically pristine Renée and Henry Segerstrom Concert Hall.” 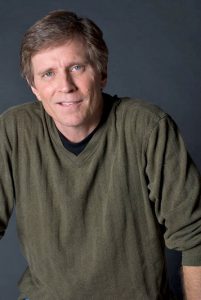 Frank Ticheli, who was Pacific Symphony’s first composer-in-residence (1991-1997), has written a new work entitled “All the World’s A Stage” for audience and orchestra. Patrons will experience a completely immersive sonic experience that requires them to generate sounds that enrich and engage with the tonal production of the orchestra. The world premiere of this innovative new work Oct. 14-16 was commissioned by and dedicated to Carl St.Clair, and will be performed on a program that includes Tchaikovsky’s Variations on a Rococo Theme and Beethoven’s “Eroica” Symphony.

In February comes a World Premiere of a Pacific Symphony Commission from Sir James MacMillan, a leading Scottish composer who has been hailed by The New York Times as “ceaselessly inventive, evocative and penetrating.” This major commission, entitled “Fiat Lux” (“Let There Be Light”), utilizes a text by Dana Gioia, the internationally acclaimed poet, California poet laureate and chairman of the National Endowment for the Arts. Carl St.Clair directs the performance, which opens with the English Renaissance motet “Spem in alium” by Thomas Tallis followed by Strauss’ eternal tone poem “Death and Transfiguration.” Pacific Chorale joins the Symphony on both the Tallis and the MacMillan world premiere for this “Cathedrals of Sound” program, which will take audiences on a spiritual journey, offering an evening of inspiration, awe and ambience. This concert is generously sponsored by Fieldstead and Company.

“Otello” is the first Verdi opera that St.Clair ever conducted and remains a favorite of his. This great tragic opera will be Pacific Symphony’s semi-staged opera for the 2021/2022 season in April, 2022 and will feature Metropolitan Opera star tenor Carl Tanner. He has established his international career performing regularly in the world’s most prestigious opera houses, including Opera National de Paris, Royal Opera House Covent Garden, Deutsche Oper Berlin and Teatro alla Scala, and in December 2018 was a last-minute replacement as Otello in Gustavo Dudamel’s house debut conducting the “Verdi” opera at the Metropolitan Opera. Tanner’s Otello at Savonlinna Festival in Finland was described as “richly timbred with a clear and astounding ringing force in the top register.”

South African soprano Kelebogile Besong, who made her North American opera debut with Pacific Symphony as Aida in 2017, returns in the role of Desdemona. The stage director is Robert Neu, who directed the Symphony’s excellent online broadcast of “La Traviata” this past June.

A Beethoven Immersion Weekend arrives in June, 2022. The capstone of the 2021-22 season is a special immersion weekend presenting all five Beethoven piano concertos over three days (June 9-11). The soloist will be Alexander Romanovsky, described by conductor Carlo Maria Giulini as “extraordinarily gifted.” Romanovsky was praised by Gramophone magazine as a pianist who “can produce the thunderous sound and sharp-edge ringing bass that sends a tingle down the spine”—just the artist you would want to hear perform Beethoven’s immortal piano works that culminate in the magnificent “Emperor.”