After a pandemic-induced absence of more than 15 months, the Pacific Symphony returned to live public performances on Sunday, July 4 with its traditional Independence Day concert, held this year at FivePoint Amphitheater at the Great Park in Irvine.

It was indeed a day to celebrate, with a crowd (estimated at more than 5,000 patrons) sporting patriotic garb and eager to experience live music again.

In addition to the Pacific Symphony and fireworks, the audience had come to see the evening’s special guest: Craig A. Meyer as “Almost Elton John.”

Prior to the start of the concert, guests could avail themselves of more than a dozen food trucks and beverage stands set up in the courtyard outside the seating areas.

The concert area itself was split between table seating in front of the stage and in the tiered seating sections behind the tables.

Conductor Richard Kaufman and the Pacific Symphony began the evening with stirring music from the 1964 film “633 Squadron.”

Then, to the strains of the National Emblem March, a color guard from the Newport Harbor American Legion marched through the audience and up on stage, where Kaufman’s daughter, Whitney Claire Kaufman, sang “The Star-Spangled Banner.”

Once the color guard marched off stage to the tune “Yankee Doodle,” Kaufman led the Pacific Symphony in an overture of music by George M. Cohan, followed by the energetic “Ohio Riverboat” by Henry Mancini.

Whitney Claire Kaufman returned to the stage to sing what she said was one of her favorite songs, “Almost There” from The Princess and the Frog, written by Randy Newman.

Richard Kaufman then told the audience he also had a favorite songs that came from one of his favorite films: “Seventy-Six Trombones” from Meredith Willson’s “The Music Man.” As Kaufman explained, there was an open call in Hollywood for kids to be in the film’s marching band. Kaufman borrowed a trombone, auditioned, and can be seen in the movie strutting down the street as part of the marching band in the film’s finale.

After the symphony played “Seventy-Six Trombones,” Whitney Claire Kaufman came out once last time to sing “America the Beautiful.”

After intermission, it was time for the Elton John tribute. As an Elton John fan who saw the superstar three times in the 1970s (including his legendary dodger Stadium concert) and several more times over the years, including his farewell tour in 2019, I’m always wary of anyone who attempts to portray Elton John.

Fortunately, after Meyer – perfectly attired in a vintage Elton John-style costume straight out of the 70s – launched into his first song “Bennie and the Jets,” it was obvious that Meyer had both the musical chops and the looks/mannerisms to easily remind the audience that they were “almost” at an Elton John concert.

Meyer’s 50-minute set includes a handful of Elton classics, including “Philadelphia Freedom,” “Goodbye Yellow Brick Road,” “Lucy in the Sky with Diamonds/Pinball Wizard,” “Your Song,” “Saturday Night’s Alright for Fighting” and “Don’t Let the Sun Go Down on Me”

Meyer led a fun audience sing-along on “Crocodile Rock,” but his most impressive segment of the night was probably on the song “Funeral for a Friend/Love Lies Bleeding.”

On that song, the intro normally played on the recording by a synthesizer was performed by the Pacific Symphony, which added a special dynamic to the song. In fact, the orchestral charts used by Meyer added to the music and functioned as more than just having the symphony serve as “decoration.”

One Elton John song missing from the set that I would have loved to hear with the symphony is “Levon,” which contains lovely orchestral accompaniment on the original recording. However, it’s a minor omission from an otherwise crowd-pleasing performance.

After Meyer and his excellent backing ensemble, the “Rocket Band,” performed their set, Pacific Symphony played their special “Military Tribute” followed by fireworks accompanied by marches by John Philip Sousa.

Up next for the Pacific Symphony as part of their summer season is the West Coast premiere of Disney’s “Toy Story in Concert” on August 21 at the Pacific Amphitheatre at the OC Fair & Event Center.

For this special concert, Pacific Symphony performs the score of “Toy Story” live while the movie is projected on a giant screen above the orchestra. 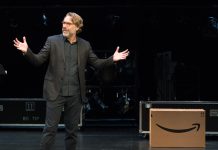 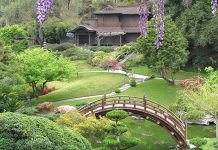 Director Emeritus of The Huntington to Speak at Sherman Library & Gardens for “Lunch & Lecture” Series Oct. 13