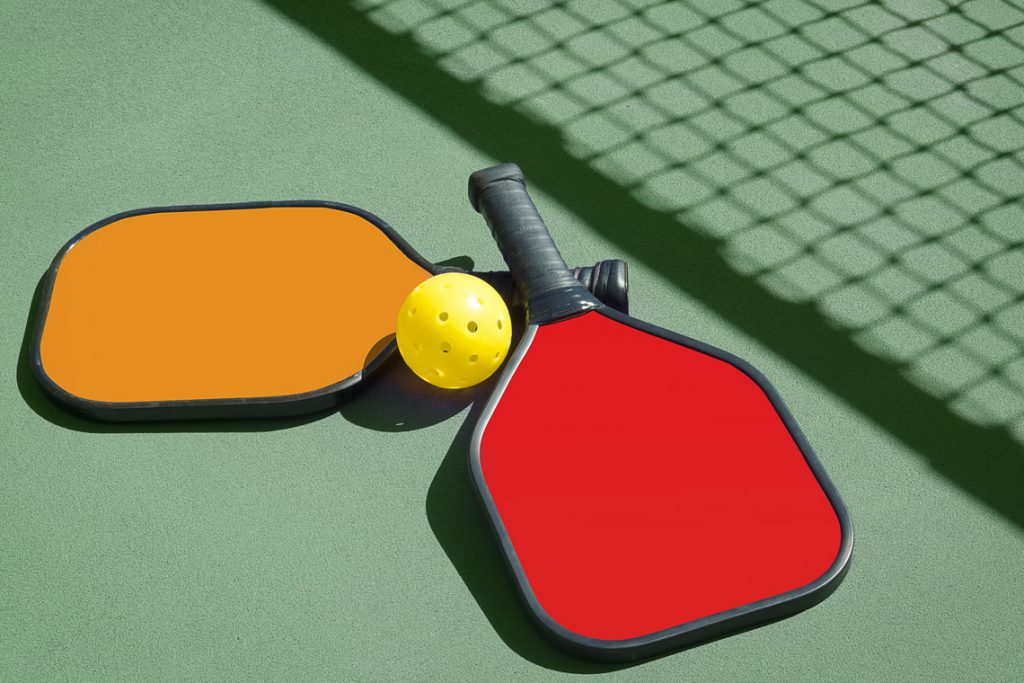 Those competitive sports are among the most popular in our country, but they’re just a handful of the more than 800 sports identified in the world (uncovering them was a quasi-athletic feat unto itself).

Approximately two-thirds down the seemingly interminable inventory, one will stumble upon the very popular racquetball game known as Pickleball, which on that list is not too far removed from Oil Wrestling, Muggle Quiddich, Picigen and Pole Dancing.

Many of the sports on the list are self-evidently named: Arm Wrestling, Football, Weightlifting and Zui Quan, which translated from Chinese means Drunken Boxing.  This latter refers to the style of movement, rather than the amount of Baijiu (rice wine) consumed just before you get your nose repositioned across your face.

Pickleball, the name, has nothing to do with an adulterated cucumber. It is described in Wikipedia as a paddle sport that combines elements of badminton, table tennis and tennis involving two to four players hitting a perforated polymer ball over a net.

It is one of the fastest growing sports in the nation, and is played on more than 8,000 badminton-sized courts in all 50 states, and now internationally.

According to Pickleball aficionado Sue Murphy of Newport Beach, “The sport was invented in the 1960s on Bainbridge Island, WA, by some neighborhood dads looking for something to entertain their kids during a summer. As they played, a family dog named Pickles wandered over. The rest is sports legend.”

Murphy, along with her close friend, fellow Pickleball player Kristen Ridge, met a couple of years ago while taking Pickleball lessons offered by Newport’s Recreation Department. Over the months, their friendship expanded beyond the courts at Bonita Canyon and The Tennis Club at Newport Beach into a Pickleball-specific clothing design and marketing partnership.

“We came up with the idea of starting a line of Pickleball apparel as there is really no designated Pickleball look,” Ridge said. “Most people wear tennis clothes or athletic wear.”

Murphy added that they “noticed women wearing their yoga, tennis and golf clothing to play. Nothing wrong with that, we just saw a niche for Pickleball-specific clothes.” 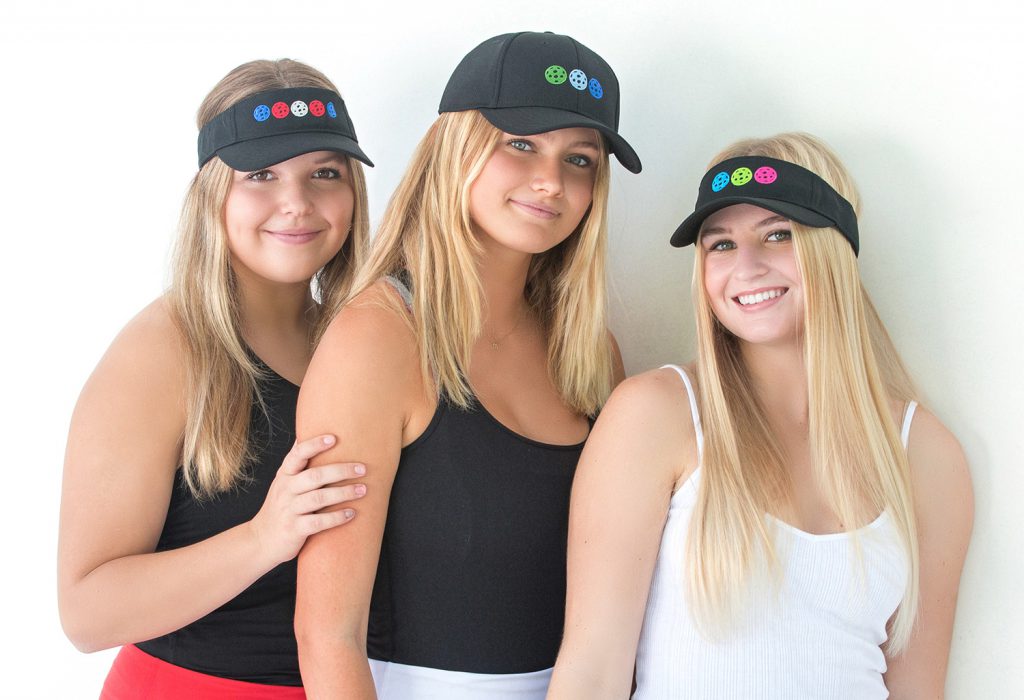 They recognized the rapid growth of the sport and simply wanted to create a “Pickleball look,” something upscale from the common, shapeless Pickleball t-shirt sporting simple “Pickleball puns” screened across the front.

“We opted for embroidery and high-quality blanks for our merchandise,” Murphy said, starting with hats and visors, and now expanding into a tote and tops. “Eventually bottoms,” Ridge added.

The duo started product “R & D” last January, then launched sales in August. As of this writing, their company, PB&Jelly, has sold more than 200 hats, 100 of which were visors, the rest being caps, floppy hats sporting SPF 30 sunscreen, and bucket hats.

Most sales have been to friends and acquaintances, but a few orders have come from as far away as Canada and Australia, thanks to their nascent on-line marketing campaigns. Murphy and Ridge are now reaching out to Pickleball clubs and pro shops across the country. 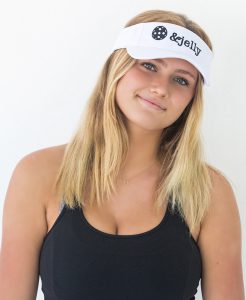 Doubtlessly helpful in their design, product development, sales and marketing endeavors is the fact that Murphy’s background includes a BA in Textiles from the University of Washington, and an MBA from the University of Puget Sound, followed by a 15-year career at Nordstrom as a buyer and merchandise manager. She also taught in the Fashion Department at Cal State University, Long Beach.

Ridge transitioned to Pickleball after many years playing tennis, in large part because her stepsister, Kathy, is a sponsored Pickleball professional (and instructor) in Colorado.

Having played tennis into her 50s, Ridge opined that even though she loved tennis, “I think Pickleball is more lighthearted, unless you’re playing competitively – and believe me, there are some very competitive people playing Pickleball.”

Taking a Bonita Canyon Pickleball lunch break from his Newport Beach law firm, Vogt/Resnick/Sherak, LLP, Barry Resnick and his wife, Meryl, were giving each other the kind of competition one develops over 56 years of marriage.

Asked why they play Pickleball, Meryl said that “You can play and socialize at the same time. You don’t have to be an ‘A’ player to enjoy the game; it’s great for all ages.”

Responding to the same question, Barry said, “I’ve always participated in outdoor activities that were more individual, such as ocean kayaking and road and mountain biking. Pickleball gives me the opportunity to be active with a group.”

Murphy and Ridge agree that “We are two ladies crazy about Pickleball. There is plenty of bad news in the world today, so,” they recommend, “go out and have some Pickleball fun!”

To reach out to either lady, or to see and order their gear on-line, go to https://pickleball-jelly.myshopify.com/ or email [email protected]