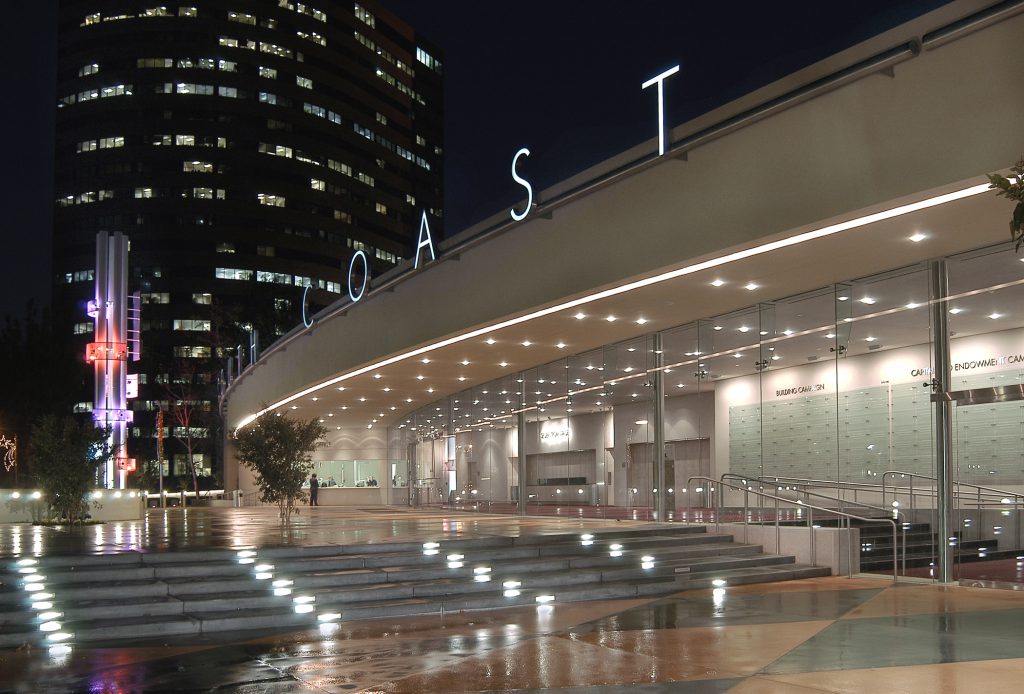 Musicals, comedies, dramas and world premieres are all on tap for South Coast Repertory’s 2019-20 season. The Tony Award-winning theatre’s 56th season is the first to be programmed by new Artistic Director David Ivers.

The offerings range from a two-person show to a large-cast musical, and represent a kaleidoscope of classics and popular hits, along with four world premieres and three shows for young audiences and families.

The season includes the world premiere of “The Scarlet Letter” by Kate Hamill, the musical “She Loves Me” directed by Ivers, “American Mariachi” by José Cruz González, “Arcadia” by Tom Stoppard, and the beloved children’s story “Alexander and the Terrible, Horrible, No Good, Very Bad Day.”

“Overall, the season offers gigantic, yet intimate stories about love in all its forms — love that draws us together, that pulls us apart, family love, love of food, surprising love, love of country and unspoken desires,” said Ivers, who is embarking on his first year as artistic director. “These plays also showcase adventure, heroism and finding the strength to overcome adversity.”

Audience favorite Hal Landon Jr., who has played Ebenezer Scrooge every year since the play was first produced four decades ago, has announced that this 40th anniversary production of “A Christmas Carol” will be his swan song.

The annual showcase of new plays, the Pacific Playwrights Festival, features seven new plays over a weekend that combines readings and full productions, April 24–26, 2020. The three-day festival attracts theatre professionals from across the nation as well as local and regional new-play fans, all drawn by the opportunity to see some of the best new works in the country. Over the course of more than two decades, the festival has presented nearly 140 plays by nearly 100 playwrights.

Theatre for young audiences: “Alexander and the Terrible, Horrible, No Good, Very Bad Day” by Judith Viorst (book and lyrics), music by Shelly Markham; “Where the Mountain Meets the Moon: A Musical Adaptation” by Min Kahng (book, music, lyrics); “Dory Fantasmagory” by John Glore, adapted from the book by Abby Hanlon (world premiere).

“The Canadians” by Adam Bock (world premiere), Sept. 29-Oct. 20, Julianne Argyros Stage. Life is good in Port Alison, Manitoba. Thursday night hockey, beers at The Peg, nice people. But lately Gordy’s interests lean more toward The Magic Flute and pottery classes. When his pal, Brendan, is gifted two all-expense paid tickets on a cruise, it’s the opportunity of a lifetime — to experience life far from Canada! In this tour de force comedy where five actors play a ship-load of characters, small chances might lead to big changes. But can Gordy step out of his comfort zone?

“Aubergine” by Julia Cho, Oct. 19-Nov. 16, Segerstrom Stage. Sometimes a meal is more than just food. A man shares a bowl of berries and a young woman falls in love. A mother meticulously prepares her son’s favorite dish to keep him from leaving home. And a Korean-American son cooks soup for his ailing father to say what words cannot. The perfect bite transcends time and cultural differences in this poetic tale of love, loss and healing by the author of “The Language Archive” and “Office Hour.”

“A Christmas Carol” by Charles Dickens, adapted by Jerry Patch, Nov. 30-Dec. 24, 40th Anniversary Production, Segerstrom Stage. Recapture the spirit of an old-fashioned Christmas with this timeless Dickens classic and all your favorite characters: Tiny Tim and the Cratchit family, the Fezziwigs, the ghosts of Christmas past, present and yet-to-come, and the best-known curmudgeon, Ebenezer Scrooge. After 40 years, Hal Landon Jr. will be hanging up his top hat. It’s the end of an era, but the tradition will continue.

“She Loves Me” by Joe Masteroff (book), Jerry Bock (music) and Sheldon Harnick (lyrics), Jan. 25-Feb. 22, Segerstrom Stage. Romantic, charming and brimming with joy, this musical comedy reminds us that one kind deed can open up a world of possibilities. At Maraczek’s Parfumerie, clerks Georg and Amalia are constantly at odds. Outside of work, they’re each falling madly in love with an anonymous pen pal, unaware that it is the other. This nostalgic Broadway hit inspired by the story that gave us “The Shop Around the Corner” and “You’ve Got Mail” is “as sweet and exhilarating as a first kiss” (New York Daily News).

“The Scarlet Letter” by Kate Hamill (world premiere), March 28-April 25, Segerstrom Stage. Named The Wall Street Journal’s 2017 Playwright of the Year, Kate Hamill is celebrated for her female-centered classics; and SCR has her latest world premiere. Get ready for Nathaniel Hawthorne’s acclaimed masterwork in a most riveting staging. Two years after her husband goes missing, intelligent, strong-willed Hester Prynne has a child and gets branded an adulteress. Further defying Puritan ideals, she refuses to reveal the father’s identity and is condemned to wear a scarlet “A” to mark her shame. Then her estranged husband shows up and is bent on revenge.

“Arcadia” by Tom Stoppard, May 9-June 6, Segerstrom Stage. Prepare to be transported back and forth in time for lust, longing and literary rivalry at an English estate. In 1809, while the residents are gripped in their own intrigues, Thomasina, a brilliant young student, proposes an astonishing scientific theory. Two hundred years later, in a fiery battle of wits, academics Hannah and Bernard race to unravel the mysteries left behind. Intellect meets emotion, order confronts disorder. A dazzling comedic masterpiece “shot through with fun, passion and genius” (The New York Post).