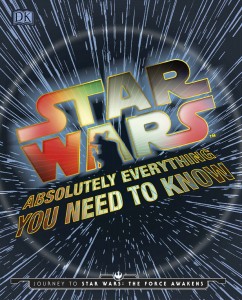 This week has brought the holiday season in full force. Many are lighting the candles for Hanukkah, while others are decking the halls, preparing for a visit from St. Nick.

Some are feeling the satisfaction of checking that last gift off their shopping list, and more are just beginning the search.

Wherever we may be in our holiday celebrations, there is one event that promises to unite us all: the return of Star Wars.

That’s right, this coming week brings us the long-awaited premiere of the newest installment in the Star Wars saga, as well as the return of the characters audiences first fell in love with back in 1977, Luke, Leia, and Han, all portrayed by the original actors. And, while the word “crazy” may be a little strong, my family, like so many others, purchased our tickets all the way back in October. To say we are eagerly anticipating the film would be an understatement.

Episode VII, “Star Wars:  The Force Awakens,” will pick up in the years following “Return of the Jedi.” I have tried my best to avoid any information regarding the storyline, but it is safe to assume that we will be introduced to the next generation of Jedi heroes, as well as the villains trying to ruin it for everyone else in the galaxy.

Having three boys, and a fairly Star Wars obsessed brother-in-law, I am likely more up on my Jedi knowledge that your 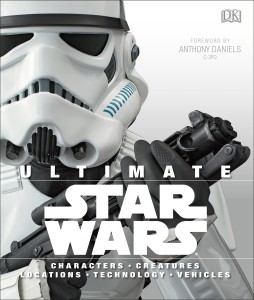 average Jill, but if a quick refresher is in order, there are several books available that can help you brush up on just about anything you may want to know.

As an added bonus, they would all make excellent last minute gift options for anyone in your life who knows the difference between a Bantha and a Wookiee.

Here are a few of my favorite selections:

“Star Wars:  Absolutely Everything You Need to Know,” by Adam Bray and Cole Horton. The title pretty much says it all with this one. Crammed full of trivia, Q&As, and weird facts, there is something for every Star Wars lover here, and I’d bet that even the most diehard of fans would be able to find some new information. For example, did you know that the Kaminoans paid 20,000,000 credits for Jango Fett’s genetic code, used to make the Clone troopers? Or, that C-3PO weighs 165 pounds when fully assembled? If those questions would have had you stumped, then obviously, this is the book for you.

Another great option is “Ultimate Star Wars,” by Ryder Windham, Adam Bray, Daniel Wallace, and Tricia Barr. Laid out chronologically, the book walks you through the entire Saga, taking a closer look at all the characters we met along the way, as well as explaining the major storylines. 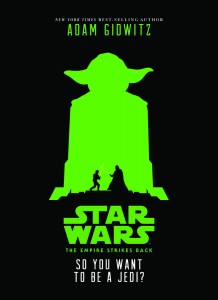 If you prefer a book you can sit down with and sink into, three best-selling authors have taken the original trilogy, and created novels by retelling the stories in their own style. “The Princess, the Scoundrel, and the Farm Boy,” by Alexandra Bracken retells the story that started it all, “Star Wars: A New Hope,” while Adam Gidwitz tackles “The Empire Strikes Back,” with his own version of events in “So You Want to be a Jedi?” Tom Angleberger, known for his own Star Wars themed books, rounds out the series with his reimagined version of “Return of the Jedi,” with “Beware the Power of the Dark Side!” Perfect for middle grade readers, this trilogy will speak to a new generation of fans, while still holding true to the original.

Thanks to the movie gods, and the advent of reserved theater seating, there will be no need to line up hours in advance, but we will still have our lightsabers at the ready, as we celebrate Star Wars Day this Friday, and these titles seem like a great way to kick off the festivities.