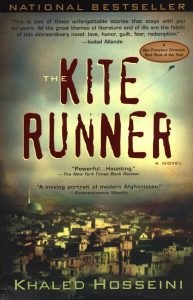 The passing of Memorial Day ushers in a certain season. While the day itself is about somber reflections, and gratitude for sacrifices made on our behalf, it leaves in its wake a lightness – the ability to appreciate more fully the dawn of a new day, knowing the price that was paid for it.

While mindful that the end of school seems trite when compared to these ultimate sacrifices, this place on the calendar also begins the official countdown. Beleaguered kids (and their tired moms,) are happily marking an X on the last few calendar boxes, with the freedom of summer looming like a boat just beyond the shore.

I had a conversation with my boys yesterday about the upcoming break that was somewhat revolutionary, in that it concerned summer reading, and didn’t include an argument.

Wanting to ensure they don’t miss a moment of this clearly beloved summer tradition due to lack of planning, I asked the boys for a title each, to ensure that the books could be procured in a timely manner, ready and waiting on their bedside table for that much anticipated summer dawn.

Boy number one in this scenario remembered a book that caught his eye on the list of outside reading choices his English teacher gave them this year, “The Kite Runner,” by Khaled Hosseini.

I have read and been moved by all of Hosseini’s works, so I heartily supported this decision. Taking place in Afghanistan, both before and after the Russian occupation, and subsequent rise of the Taliban, the book remains an important read, if for no reason other than it sheds light on a culture and people that have become an important component in the geopolitical climate of the last two decades.

The story, however, is so much more. Richly told, it is the tale of two boys, one affluent, and one a servant’s child. Their differing classes notwithstanding, the boys forge a relationship in their younger years that will bind them, through betrayal, through tragedy, and through distance for decades to come.

It is a story of friendship and love, of betrayal and the haunting weight of guilt, and ultimately, of redemption. Even with many parts that are hard to read, it emerges as a story expressed as beautifully as the soaring kites it takes its name from. 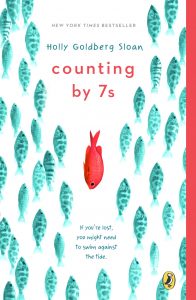 Boy number two, who has recently been bitten by the reading bug, has several titles on his list. Included among them is one of my favorite middle grade books, “Counting by 7s,” by Holly Goldberg Sloan.

In this book, we meet Willow Chance, an eccentric girl who marches to the beat of her own drum. A certified genius, her passions include grouping things in sets of seven, plant life, and diagnosing rare illnesses. Despite a glaring lack of friends, she has been happy living a life where she is embraced, in all her offbeat glory, by her parents.

At the outset, however, her parents are killed in a car accident, and Willow’s life of order is upended. While tragic, their loss forces Willow to find a new place in the world, making a surrogate family for herself from an eclectic cast of characters whom she decides to give a starring role. As it turns out, in so doing, Willow ends up being as irreplaceable in their lives, as they are in hers.

I look toward the upcoming summer, in hopes that these two volumes will also become irreplaceable – as narratives that transport, teach, and touch my boys the way only a treasured book can.